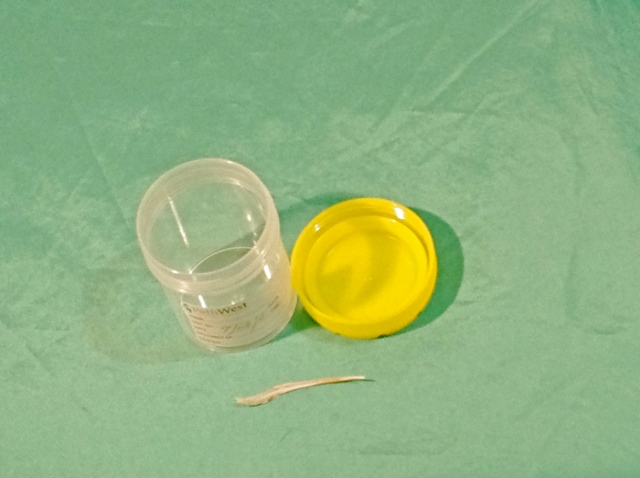 But when lodged in the human throat

The pain & suffering you cannot foresee

Is far greater than anyone’s thought!

When we first migrated here to Perth in 1982, most people consumed fish in fillet form. But eating fish ‘whole’ is traditional to the diet of the Chinese & Asians . . . whole in the sense of having the fins & the bones intact with the fish. Fillet is devoid of fins & bones. I guess, besides getting used to eating whole fish, you also need to be skilful lest you get choked with the fins & the bones.

On Saturday, 9 April 2011, Lilian & I had gone to the little Chinese Restaurant in Bateman where they serve their famous “fish head noodles”. As usual, the place was packed to capacity and now the local council has permitted them to have tables outside the premise too. There was no vacancy. But we were fortunate to grab hold of a tiny table big enough for just two persons in the corner near the entrance. Our order was taken and it took about twenty minutes or so before we could begin to taste our delicious crispy fried fish pieces.

Perhaps I was too much in a hurry, too eager to consume, as we have missed eating there for a long time. The usual lady boss was not around and the restaurant has young energetic staff, three or four of them all in their twenties. I asked whether the business has changed hands & come under new management. The young lady assured me no change.

Upon leaving, I felt a little uneasy in my throat. I thought that it could due to a tiny fish fin getting stuck in my throat. I asked for some plain white rice which they obliged. I swallowed some rice there & then, but the discomfort was still there.(Swallowing rice in lumps usually does the trick of removing small fish bones or fins). I thought with time it would go away. I drank more water and back to the house, I swallowed bread & more bread, since we did not have any rice then. All my attempts were to no avail. By the time evening arrived, I could not bear the discomfort any longer. Unfortunately, being a weekend and after hours, no doctor was available.

When Lilian rang our usual clinic through their emergency number, we were advised to go to the emergency ward in Swan Hospital, a good twenty-five minutes from our home.

Sad & disappointed to say, emergency still means “waiting like forever”.It must be at least three long hours of waiting before I was called in. I was in pain & suffering . . . even swallowing my saliva was most difficult & painful. This was agony . . . unseen & unimaginable.

X-rays were taken and the doctor could see a fragment of the fish bone lodged in my throat. He was rather skilful and within minutes was able to retrieve it & out of my throat & mouth. Gosh! I could not imagine the size of it. The fish bone measured 45mm or 1.9 inch long! It wasn’t the usual tiny fish bone that get stuck in the mouth! This was a real gigantic of a fish bone! Just look at the picture above.

The doctor was most cautious and he wanted to make sure that there was nothing left in there. So a further x-ray was taken and this revealed that there was still something there. He explored my throat – much to my discomfort. But he failed to find anything.

He said the ENT specialist would have the proper equipment to check further . He wouldn’t want to take the risk lest any remnant could lead to infection later on.

So I was sent by taxi paid for by Swan Hospital to Sir Charles Gairdner Hospital (see map below). This was about 4.00 AM.

What a night of drama and all because of a fish bone. So, please don’t be too much in a hurry when eating fish. Accident such as mine are rare and few in between, but accidents do happen!