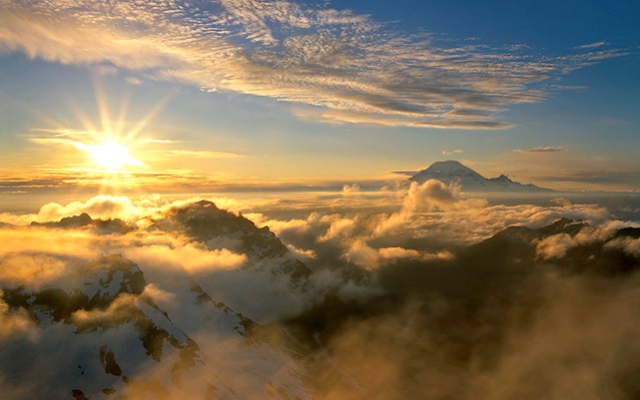 Of the nations in the world today, China stands out progressively tall and strong. It is as though the sleeping dragon is finally awakened. This appears to be the fear of the West, though an economically strong China is good commercially for all the trading nations in the West, politically China is deemed as great threat. It is feared that “once China stands up, it won’t topple or be toppled.”

In retrospect, China is undoubtedly the world’s greatest civilised nation over a continuous period of thousands of years – a civilisation undiminished & unbroken, unlike past civilisations like Egypt, Greece or the Romans. By any reckoning, China should have by now be far more advanced & superior than the rest of the world. Why not?

Of the many reasons why China did not progress beyond its initial lead in technology & discovery, the main cause of which can largely be attributed to its inward looking policy . . . viewing all territories beyond the Great Wall of China & its boundaries as barbarian nature. This nationalistic pride & closed door policy led to its seclusion, totally depriving itself from from the interchange of ideas and exposure to new scientific developments & industrial growth. While China lavished in its culture, philosophy & essentially non-materialistic form of development, it began to lag behind the West in terms of economic industrial growth. In preserving its civilisation from being tainted by corruption, disruption & deterioration, it never knew new growth, developments & discoveries elsewhere in the whole wide world. The “Middle Kingdom” realised too late the encroachment of other nations upon its shores & territories. Countries like Britain, Portugal & Japan were making inroads into China through modern superior arms of war instead of its age-old “kung-fu”.

To grow, to progress is to change. Sentiment must give way to progress. There is no room for inhibition to changes. Change needs to take place before growth ^& progress can be attained. It’s attitude more than aptitude that scales the altitude. Mr. Lee Kuan Yew, the great former prime minister of Singapore, is credited for the great strides achieved by the City State. His visionary ideas have no room for inhibition to change or any hindrance.

Now, what a change has come about as a result of Deng XiaoPing‘s visionary concept of “Xiang Qian Zou”. In Mandarin, it means “Forward Move”, but by replacing the middle word with similar pronunciation, it becomes “Moving Forward with Money”. This started a great frenzy for the Chinese striving for monetary progress in all spheres of work & life.

Capitalistic way of life does have its price. Greed always breed a profound loss of goodness in mankind. Simple honesty, truth, kindness & compassion are lost in the process. The dollar sign etched prominently on the foreheads of goal-getters. It is evident to an outside observer that the whole civilisation is transforming overnight. China, in its forward economic stride, has done away with its traditional large families, and its door is wide open to the corrupt western way of life. There is a price to be paid, for consequential results cannot be avoided.

We are not about to discuss the forward march of China & the loss of a whole generation of tradition, custom, simple courtesy & good manners, which come about as a result of its Cultural Revolution.

We want however, to draw a comparative study between China and the United States of America, which has only a history of some 200 odd years, and yet progressively more advanced. Why is this so? The irony of this is even more profound when we compare US with Great Britain – the tag of British “greatness” pales in significance. And to think America started as a colony of Britain! What then is the significant attributable factor?

This factor is spelt out very clearly when we look at the green bag note. It says very clearly: “In God We Trust”. It is this upward and outward attitudinal outlook that made all the difference between Britain & the US, and China & the US. The American look upward to God for all its needs & provisions since the first Pilgrim Fathers stepped on the shore of the new continent. Because of its explicit trusting the Lord, America has been greatly blessed and it prospered beyond the realms of the other nations with similar history or longer history.

Apart from this upward attitudinal outlook, it practises an outward outlook beyond its shore and adopt an open door policy in the many aspects of its economy. In so doing, it was to absorb and gain both from within and without the world the wealth of knowledge towards its rapid advancement.

On the personal front, the individual musty avoid being inward looking. The classic example is drawn from the Pharisees, the elite Jewish ruling council, highbrowed, stiff-necked & self-centred in character. They rejected Jesus as the Messiah (the Jews’ promised deliverer) and till today they are still awaiting His coming. Ever wonder re the p,light of the “wandering Jews”? Being persecuted and hated wherever they are? It is without doubt God’s punishment of the Jews for crucifying Christ on the cross! Not until the Jews find their roots in the Messiah Jesus, will their wandering stop!!

In Matthew 23:13, it reads: “Woe to you, teachers of the law and Pharisees, you hypocrites! You shut the kingdom of heaven in men’s faces. You yourselves do not enter, nor will you let those enter who are trying to.”

Verse 39 concludes with this: “For I tell you,you will not see me again until you say “Blessed is he who comers in the name of the Lord.”

How prophetically true what Jesus said. Until & unless the Jews find repose in Jesus, their perils will not be over!!

In John 14:6, the terminology is always on the personal basis: “I am the way and the truth and the life.” Jesus has given us the road map guiding us upward to heaven, and to stay in the centre of God’s will. You need not worry about tomorrow and trust Jesus to guide you one day at a time, and to follow him even though you don’t know the way. No other road map is required.

The LORD had said to Abram, “Leave your country,

your people and your father’s household and go to

the land I will show you.”

you. I will make your name great, and you will be

a blessing. I will bless those who bless you, and whoever curses you I will curse; and all the peoples on earth will be a blessed through you.”

So Abram left, as the LORD had told him; and Lot went with him. Abram was seventy-five years old when he set out from Haran. He took his wife Sarai, his nephew Lot, all the possessions they had accumulated and the people they had acquired in Haran, and they set out for the land of Canaan and they arrived there.”

Abram (whose name was changed by God to Abraham) is the classic example of the principle of “walking by faith, rather than by sight . . . one day at a time”. In walking with the LORD, ourselves must be erased, the LORD must be raised. There is a definite attitudinal shift from self-centrednerss to God-cent redness.

In John 15:5 it says: “I am the vine; you are the branches. If a man remains in me and in him, he will bear much ruit; apart from me you can do nothing.”

Thus the way to be is: inwardness to upwardness. Amen.

first delivered in a Sunday church gathering in July 1999.

One thought on “Inward, Outward And Upward Looking”