Man is constantly on the move, never staying in a fixed place ever since time immemorial. Historically, people moved conquering new territories, discovering new land, changing habitat or establishing new homes. The discovery of the American continent is attributed to Christopher Columbus, whose faith and belief that the world was round wrote his name in perpetuity. Another such historical well-known figure, Marco Polo, made his way to the central world of the Chinese, possibly popularising the consumption of spaghetti and other pastas after the Chinese noodles. Knowledge spread, products exchanged, new discoveries made – much as a result of such travels.

Confucius would say, “A journey of a thousand miles begins with the first step.” Indeed, we used to walk from place to place. There was no other way. It is the courage of brave men in the past that had opened up the world at large. These days it is no more just “hearsay” but more like “”near-say”, for the world we live in today is shrinking as time and space are no longer territorial barriers. You won’t continue to say “it is so near and yet so far.” Everywhere is within reach instantly, no more primitively but progressively. 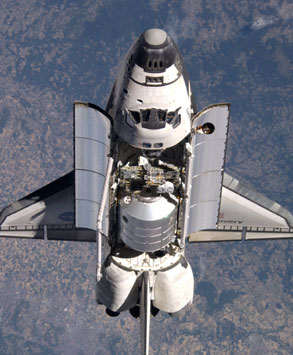 From the Kon-Tiki that crossed the Atlantic Ocean to sail ships men have progressed to great ocean vessels like the unfortunate Titanic and Queen Mary which presently is claimed to be the single largest ship in the world, men have been moving on and on. Not satisfied with just staying on land or sea, men have taken to the sky, initially with the attempts by the Wright Brothers. Having conquered the sky, the new frontier is space and extra-terrestrial travel. Where do we proceed hereafter?

You know every conceivable idea or dream begins in the mind. If it’s at all possible or believed to be, then the realisation is always there. . . for “whatever the mind of man can conceive and believe, it can achieve”. Ancient men used to pray to the moon . . . we discovered and landed on the moon . . . it’s just another frontier to be reached and conquered. The quest of men goes on and on. I dare say, the next stage of development may seem inconceivable – human “tele-portation” as in Star Trek. Our presence could be instantly here and there at command . . . like wishing yourself to be in paradise and really be there not virtual reality!