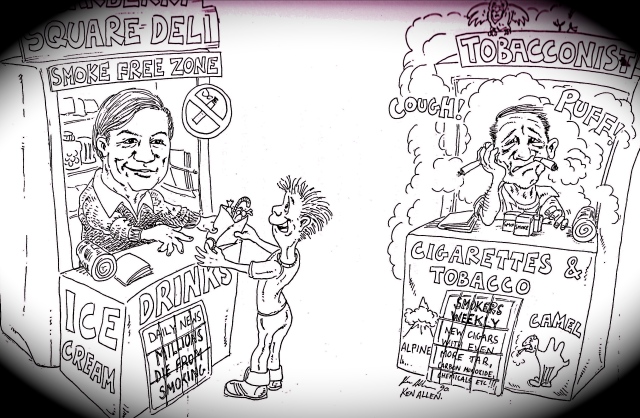 We used to have a delicatessen business for about seven and a half years in 1984. We were reputed for not selling cigarettes which was most unusual for any deli. This economic unsound business practice was by choice on the principle of health hazards of smoking.

Today most or all of these delis have suffered their economic demise. Small business, as like hardware stores, suffered sadly from the competition of supermarkets & service stations. (Kalamunda lies in Perth Hills of Western Australia).

ON TOP of old Kalamunda

With panoramic Perth down under

The air is clean, the scene serene

It really makes you sing.

Set in the centre of Kalamunda Town

Because of the Deli’s incredible range.

Satay sauce & chilli, all are in store

With Asian ingredients & every spices more

But without cigarettes, now that’s hard to thinkl!

“Why Paul, what sort of store do you run?

We come to play video game just for fun

Yet no cigarettes are here for sale

Surely this means your business must fail?”

Before we banned the smoking vice.

But we believe that your good health

Is more important than our wealth.”

One thought on “Smoke-Free Deli”