A Chinese by Descent
An Australian by Consent

It’s said: Some men are born great
Others achieve greatness
And still others have greatness thrust upon them.

Having said that, it’s interesting to note that all you need is one talent in life to carry you on the road to success. However, the road of success is often strewn with obstacles making the going rough & tough. But it’s when the going gets tough that the tough gets going (Knuts Rockne) . . . that is the cruz that makes all the difference.

In “A Psalm of Life” Henry Wadsworth Longfellow (1807 – 1882) wrote these memorable lines:
“ Lives of great men all remind us
We can make our lives sublime,
And, departing, leave behind us
Footprints on the sands of time ;
Footprints, that perhaps another,
Sailing o’er life’s solemn main,
A forlorn and shipwrecked brother,
Seeing, shall take heart again.
Let us, then, be up and doing,
With a heart for any fate ;
Still achieving, still pursuing,
Learn to labor and to wait.” (Part Extract)

Yes, we can all make our lives sublime – to be of very great excellence or beauty. Persistence is the key word, the crucial medium in our everlasting effort.
If you examine the lives of great men, you’ll find that life to them wasn’t just a bed of roses. They were men made of sterner stuff & were able to turn the tide of adversity to victory. They channelled all odds to what they had got.The tough rise to the occasion, above the storms & conquer all elements of peril.

Thomas Edison, the great American inventor when asked of the secret of his success, he merely attributed it to “One percent inspiration & ninety percent perspiration.”
And what did his teacher said of him? His teachers told him he was too stupid to learn anything. 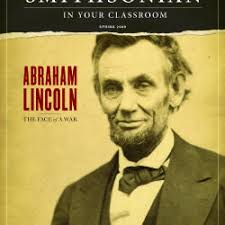 Abraham Lincoln entered the Black Hawk War as a captain & came out a private. He failed for a period of 30 years as from 1831, yet while others failed & gave up, he went on to become the GREATEST US PRESIDENT in 1860.

F. W. Woolworth got a job in a dry goods store when he was 21, but his employer wouldn’t let him wait on the customers because he didn’t have enough sense. 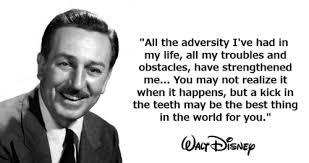 Walt Disney was fired by his newspaper editor because he had “no good ideas”.

Longfellow biographer Charles Calhoun noted that “A Psalm of Life” became a popular & oft-quoted poem. It even risen beyond being just as poem & into a cultural artifact. Among the many quoted lines are “footprints on the sand off time”.

After Longfellow’s death, biographer Eric S. Robertson noted, “A Psalm of Life”, great poem or not, went straight to the hearts of the people, and found an echoing shout in their midst. From the American pulpits, right and left, preachers talked to the people about it, and it came to be sung as a hymn in churches.”[16]

The poem was widely translated into a variety of languages, including Sanskrit & Hebrew.[
17]

Calhoun also notes that “A Psalm of Life” has become one of the most frequently memorised and most ridiculed of English poems, with an ending reflecting “Victorian cheeriness at its worst”. Modern critics have dismissed its “sugar-coated pill” promoting a false sense of security.

One story has it that a man once approached Longfellow and told him that a worn, hand-written copy of “A Psalm of Life” saved him from suicide. Nevertheless, Longfellow scholar Robert L. Gale referred to “A Psalm of Life” as “the most popular poem ever written in English”. Edwin Arlington Robinson, an admirer of Longfellow’s, likely was referring to this poem in his “Ballade by the Fire” with his line, “Be up, my soul”. Despite Longfellow’s dwindling reputation among modern readers and critics, “A Psalm of Life” remains one of the few of his poems still anthologized.

The question is would your life be something that others would admire & emulate?