In a flashback to the days when we were in school & college & even at the university, we can remember fondly how we used to refer Malaysia

as the “Golden Chersonese”. Life was beautiful then, peaceful & harmonious in kind & nature. We didn’t have any “humbug” political slogans to instil that in us.

Then May 13 in 1969 civil racial riots & commotion struck upon us with great fury out of the brewing political storm of defeat, changing the political, social & economical landscape forever.

Hypocrisy & greed will not breed prosperity nor will they generate any posterity in longevity!

For the last five decades, the diverse southeast Asian nation of Malaysia has given economic benefits to its ethnic Malay majority, a policy of NEP (National Economic Planning) that was initiated by the ill-fated PM Tun Razak, who died of cancer, with weighted benefits in favour of the Bumiputras (the so-called sons of the soil). In this, you might have been born in Malaysia but you are out of political & legal consideration as one of them. Yet the ruling controlling party, UMNO in the Alliance, readily accepts other foreigners & confers them the Bumiputra title so long they are of Muslim faith & pledge allegiance to UMNO (United Malay National Organisation).

In line with the US media flagship of CNN, Malaysia has its own CCN representing Corruption, Cronyism & Nepotism which dig deep into the coffers of the Treasury, laying rampant waste & mismanagement while consolidating the power of the UMNOputras.

Seemingly, the gleaming Petronas Twin Towers aim high into the sky in the Malaysian capital city Kuala Lumpur. However, its economic wealth from oil resources has not benefited the overall population – need I say benefitting only the Bumiputras.

Amid Malaysia’s population of 28 million, comprised mainly of Malays, Chinese and Indians, the official religion for all purposes & intent is Islam, although constitutionally it’s free. Religious funds are freely available for Mecca pilgrimages, and the building of exotic mosques in virtually all nooks & corners.

Economically, Malaysia’s Chinese has long been a dominant force to reckon with. After the fateful day of May 13, 1969, the ruling component party of the Alliance government in all haste & rapidity implemented its NEP, the national policy aimed at increasing the slice of the economic cake for the ethnic Malays – the Bumiputras. It was stipulated to be at least 30% for a period of 30 years – but that period of time might just as well stretch on to 300 or 3000 years. Seemingly unfulfilled as far as the greater Malay majority goes, the NEP has largely enriched people with UMNO connectivity. How the national policy is being implemented is grossly questionable.

The 30 years of stipulated time frame for raising the economic level of the ethnic Malays has come & gone, but nevertheless still exists without constitutional rights. As long as the UMNOputras are secured politically and in power, the benefits will persist rightly or wrongly. Chinese & Indian entrepreneurs freeze while foreign investors flee.

The fundamental growth of the economy has always been attributed to the Chinese entrepreneurship, and to a lesser extent the Indian minority. History texts have been manipulated & changed to prove otherwise. This is laughable like denying that the Holocaust never happened or that the Nanking massacre to be a figment of the Chinese imagination. The fact is the aim has been forcefully there, but the target has been missed.

They say that all that glitter is not gold. Beneath the seeming reduction of dire poverty, the economy is no doubt stuck in the “Midway” syndrome with the financial coffers drained and bankruptcy looming in the not too distant future. Malaysia with its rich resources has been lagging behind the rest of its southeast neighbours, and glaringly behind the city state of Singapore.

Blatantly, the incumbent government is to be blamed – it has to go. Enough is enough! Racial quotas in education, home ownership, business & trade participation and a whole long list of negatives must go to allow the economy to flow & grow. Greater participation by all will benefit the country overall.

What Malaysia needs is a “mental revolution” to avoid treading upon the riotous road of “Arab Spring” or whatever. It’s been jokingly said that Malaysia hasn’t got a Prime Minister. It’s got a “Crime” Minister. 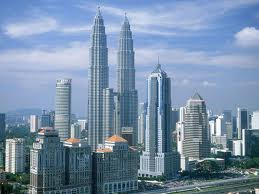