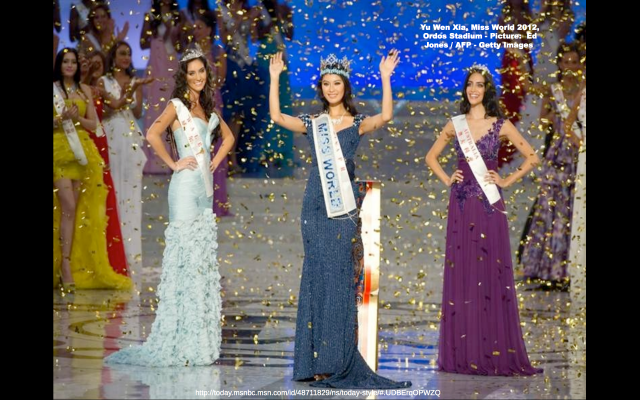 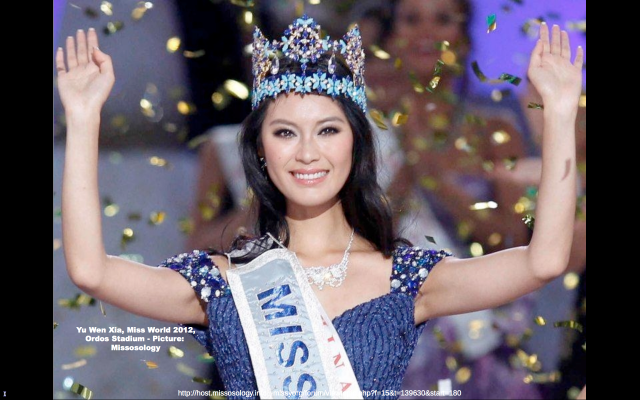 See the new City of Ordos in Inner Mongolia, China where the crowning of Miss World 2012 took place. It was won by 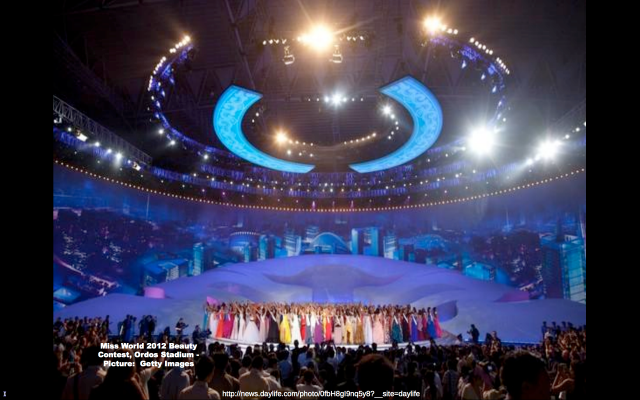 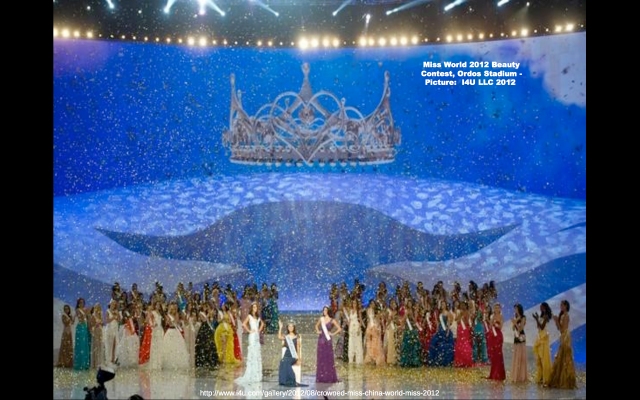 Look at the architecture of the new hall and stadium which is comparable with the best in the world.

Ordos in Inner Mongolia with the second highest GDP after Shanghai has its wealth through the vast resources of coal exploitation.

The government has built an entire new Ordos City.

All buildings virtually sold but unoccupied – held mainly by investors for investment. In China, nobody ever loses in real estate, at least not on a consistent basis. So they keep on building & investors with cash to spare to spare keep on buying.

Nobody has yet moved into the new City of Ordos, but investors are waiting patiently . . . only a question of time, they believe.

At present, of course there isn’t any existing economic activity, except some 30 Km away in the old city of Ordos.

With characteristic & unique style of architecture, reflecting the Mongolian past traditional life, Ordos City will prove to be a great tourist attraction in the days ahead.

There are also monuments dedicated to the great Genghis Khan, the historical conquerer in the era gone by.

Melissa Chan of Aljajeera in 2009 made this report, which as shown below in YouTube video:

Mongolians traditionally used to live in tents & will need time to get used to modern living.

Slideshow of Images of Futuristic Buildings

This is nothing compared to what is projected ahead!

The scale and pace of China’s urbanization promises to continue at an unprecedented rate. If current trends hold, China’s urban population will expand from 572 million in 2005 to 926 million in 2025 and hit the one billion mark by 2030. In 20 years,China’s cities will have added 350 million people, more than the entire population of the United States today. By 2025, China will have 219 cities with more than one million inhabitants, compared with 35 in Europe today and 24 cities with more than five million people. Also, 40 billion square meters of floor space will be built – in five million buildings. 50,000 of these buildings could be skyscrapers – the equivalent of ten New York Cities.

So what’s happening in Ordos is rather insignificant when compared with the greater picture of China!