It’s customary for cowards to ascribe the blaming game to their opponents for the lack of courage in owning up to their responsibilities. It’s the easiest thing to do . . . taking the route of least resistance & adopting all forms of justification & rationalisation. They dare not look squarely at their failure or predicament nor take steps in finding solutions which appear to be so insurmountable.

The exchange rate of Renminbi has become a focal point of international attention. China has been

under great pressure to revalue & resisting it all the way.

Not too long ago, I remember the “ugly” Americans were treading & trespassing all over the world splashing their much valued Greenbacks, spending like dukes & lords. Now the good times are gone. Their pride & arrogance dashed to the ground when seeing others taking over the scene. The scenario is likened to the fading aging movie stars competing with younger & prettier new talents.

Eclipsed by age & opportunities in playing the heroic & romantic roles, experienced older stars will always have other roles to play. This is the natural sequence of entertainment life. When one door closes, other doors will be opening up. After all the prize always go to the fastest & the quickest.

In the world of globalisation & international trade & exchanges, the playing field is fair for one & all. All play by the same rule . . . no question of double standard or with unfair due advantage. It’s a game of survival of the fittest.

Retrospectively, during the last global financial crisis, China helped to stabilise Asia’s financial market when it endured great pressure and resisted depreciating its exchange rate. History is on the repeat.

Industry insiders say it’s unreasonable to ascribe China’s trade surpluses to the Yuan’s exchange. The American are saying that the Yuan is undervalued by as much as 40%. For that reason alone, US economy is shouldering all the woes!

Let’s take a look at the the RMB Exchange Rate:

From the Table below you’ll note that the Yuan appreciated nearly 15 percent from July 2008 to February 2009, while the US dollar depreciated. This makes it hard to argue that the RMB’s undervalued. 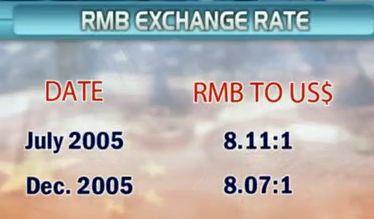 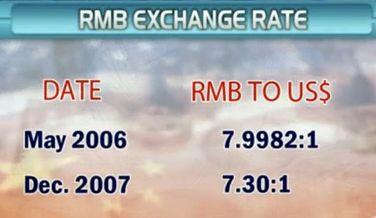 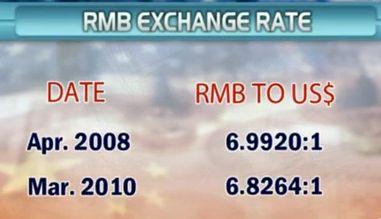 As reported by CCTV, Professor Niall Ferguson from Harvard University says the US should not take protectionist measures towards China since it’s still in recession. He suggests the US learn from the recession in the 1930s, when trade protectionism slowed down its economic recovery. He says not only is a trade war on the verge of breaking out, but a currency war is only a hair-trigger away. 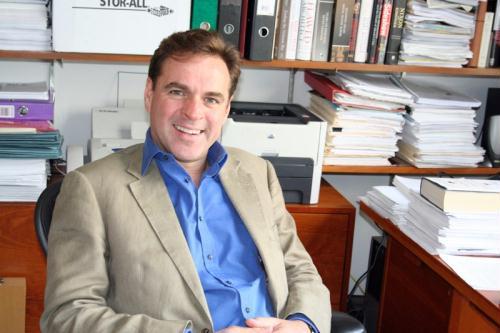 Ferguson says China is becoming the engine of the world economy, and has taken the lead in the recovery. So if the US squeezes China too much, it may snuff out the recovery, bringing a deeper crisis for the world economy. U.S. exports to China hit about 70 billion US$in 2009 — representing a flat growth during 2008 that analysts attribute to the global economic slowdown.

Li Yang said, “The United States is always reiterating that low prices of Chinese products have hurt America’s traditional industries. It tends to ignore the fact that cheap Chinese products have maintained commodity prices in the U.S. at a relatively low level. Furthermore, China’s trade surplus has accumulated large amount of foreign exchange assets. It actually supported the US government’s bailout plans, because America has huge deficit no matter whether it is for the banks or for the government. The U.S. needs a creditor. The current situation in China is helping the US economy warm up. “

Li Yang adds the exchange rate is also a matter of a sovereignty and it’s not appropriate for other countries to intervene. Respect begets respect. Jim O’Neill, Goldman Sachs Chief Global Economist, when interviewed by Bloomberg TV, said that US should be less vocal on China’s Yuan.

I might just add here to say that to profess capitalism you must have capital. Sensibly too, a capitalist economy needs to adopt & focus on long term policies rather than short term greed. Stability is so very essential for growth & progress.

2 thoughts on “Ascribe the Blaming Game”