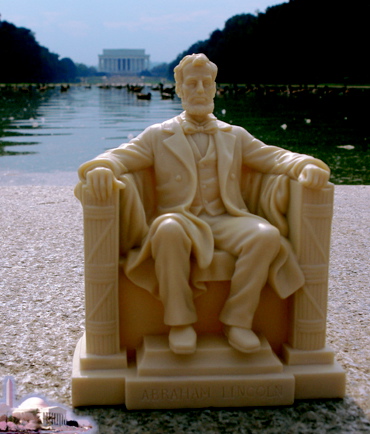 The story of persistence is best told through the life of Abraham Lincoln, the 16th President of the United States of America. He dreamt of being the President even in the days when he was sleeping in his log cabin.

A lesser person would have quit and died incognito. To him, however, success was a persistent achievement, not just a mere dream. His genius lay in the power of exerting everlasting effort – staying on the track even though the odds were impossible & defeats were ever present.

Lincoln failed for period of 30 years as from 1831. He failed in business in 1833, congress in 1848, and would you believe it, he entered the Black Hawk War as a captain & came out as a private. He was absolutely and totally prepared for failure. Yet while others failed & gave up, he went on to become the GREATEST PRESIDENT OF AMERICA in 1860.

His life story was indeed remarkable, beginning with his humble origin and culminating with his dramatic death on April 14, 1865.

HIS WAS A PERSISTENT SUCCESS.

THOUGH DEAD & GONE, HIS NAME & FAME LIVE ON.

To give you a broader perspective on Persistence, here are more illustrations:

This is the proverbial statement written by Calvin Coolidge in 1919:

“Nothing in the world can take the place of persistence.

Talent will not; nothing is more common

than unsuccessful men with talent.

Genius will not; unrewarded genius is almost a proverb.

Education will not; the world is full of educated derelicts.

Persistence and determination alone are omnipotent.”

The slogan ‘Press On’ has solved & will always solve the problems of human race.

Great works are performed not by strength but by perseverance. – Samuel Johnson

In golf, there’s always a chance that favours those who persist.

And not least of all, if she should run away, pursue & persist in your pursuit!

You can thus see that Persistence is totally indispensable.

One thought on “Persistence”