THE LONGEST ESCALATOR SYSTEM IN THE WORLD

As a question of national pride and prestige, nations have all strived to build the tallest structures. Typically, the World Trade Centre in New York City, has been challenged by the Petronas Twin Towers of Malaysia & the 101 Taipei Tower. With the demise of the former brought about by the unforgettable event of September 11, 2001 what other man-made structures will inspire others to rise tall from the ground? In the oil-rich Arab world, Dubai is the place mad & crazy with the most unimaginable & superb structures in the world. 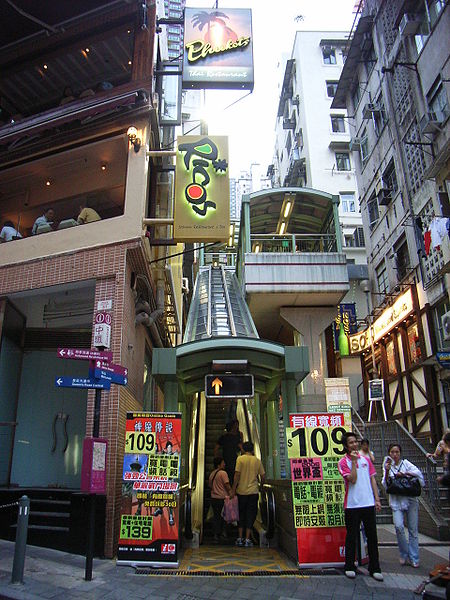 There will always be something for the nations in the world to boast about. Smaller nations like to show the world that they are coming of age and are equally able to produce this and that. It’s not necessary to boast only of structures that are out of this world, for there are feats of accomplishment very down to earth. In the bustling streets of Hong Kong Island, there is this humble and perhaps little known structure – the longest escalator in the world! 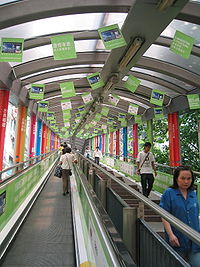 Twisting up through Hong Kong’s narrow streets is the world’s longest escalator system, spanning over 800m. This is the Central-Mid-levels escalators (traditional Chinese: 中環至半山自動扶梯) – yes indeed the longest outdoor covered escalator system in the world. The escalators, moving walkways and pedestrian bridges connect the downtown financial district to the mid-levels, a upscale neighborhood of condominium towers where many executives live. 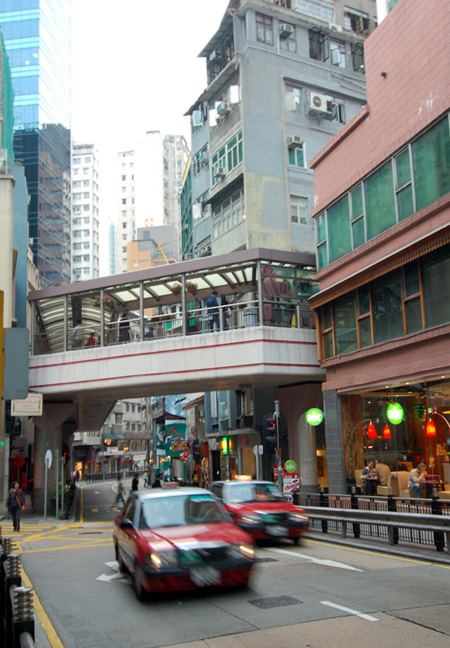 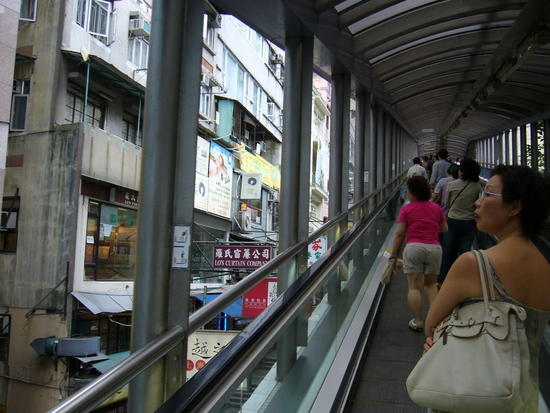 While skyscrapers demand and necessitate the use of lifts, the hilly topography of the streets in the Central District of Hong Kong requires the ease and convenience of vertical ascent through the use of a series of travelators and escalators. Starting from Queen’s Road Central/Queen Victoria Street Junction, it ends up at Conduit Road. For a greater part of the stretch, the escalators made their way up along Shelley Street. Imagine if you have to climb by the traditional step way! It’s truly amazing, providing an interesting feature of sight-seeing quite unlike any other. Be prepared to use the steps on the way down.

Along the way it cuts through such major roads as Hollywood Road, the area known for its antique, Bridges Street, Cains Road and Robinson Road. The end of each stretch offers something of interest to the tourists. If you are on the hunt for antiques of ceramic wares, hungry for a taste of delicious noodles, or just to photograph the quaint shops, every junction provides you the thrill of the day. As you ascend, you begin to wonder how the early settlers built upon such a hilly environment with such scanty flat land. No wonder Hong Kong expanded vertically before its horizontal expansion.

The escalator system was conceived to alleviate car traffic by helping commuters travel efficiently to work while providing protection from rain. The escalators, since its completion in 1994, have proven to be very popular, carrying over 45,000 people a day. It’s functionally aesthetic creating a unique cross sectional city view. With the connection to a series of shopping malls, ferry terminal & new office buildings, the convenience of daily commuting to work, shop, restaurants & play has been the greatest benefits to the folks living in the area. It has transformed the neighbourhoods it connects.

During my first visit to Hong Kong back in 1972, I stayed at Hilton Hotel. Now the Hotel is no longer there, and in its place a taller structure (Cheong Kong Centre, reputedly owned by Li Kah Shing and given the desired address as No. 1 Queen’s Road) presents the rapid progress of Hong Kong. When a five-star hotel could economically give way to progress, what more can we say of lesser structures. In a land-hunger Hong Kong the question of permanency is unheard of – I guess sentiment must make way for progress. This sentiment was popularised by Lee Kuan Yew in Singapore at the time of its rebuilding and along its road of progress.

Despite the economic downturn, Hong Kong’s skyline always present a vibrant air with bamboo scaffolding, towering derricks and cranks, highways, freeways, tunnels, bridges and the ever land reclamation projects. Will anything ever slows down Hong Kong? Perhaps not! It is truly a City that never sleeps. Life just goes on and on.

9 thoughts on “The Longest Escalator System in the World”