The ‘Binlan’ Girls of Taiwan 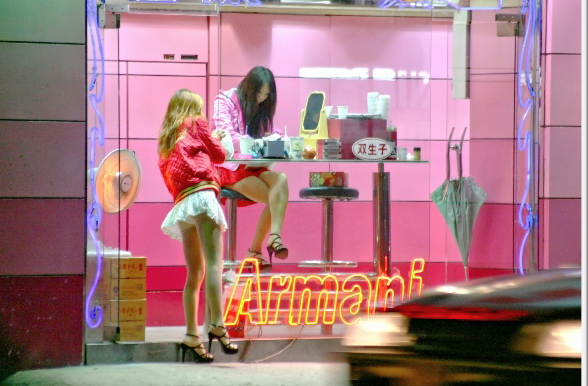 Like a page taken from the Red Light Districts of Hamburg, Amsterdam or Rotterdam, a recent cultural phenomenon is making its presence felt along the streets of Taiwan. From the neon-lit cubicles scantily-clad beauties solicit their trade. You would immediately be mistaken they are prostitutes or sex workers plying sex. Surprisingly, they are only selling betel nuts.

It’s often said that it’s not it’s not what you sell that counts but how you sell. The whole crux of the matter lies in the strategy of marketing. Basically, everyone of us is a salesperson, whether it’s an idea or a thing, an emotion such as love or an appeal. Everything is translated in your ability to putting it across effectively to be accepted by the public at large.

In Taiwan, betel nut also known as areca nut, is the second largest agricultural product, consumed as in most Asian countries as a stimulant. When laced with lime and chewed with betel leaf it is a popular drug stimulant. Long distance truck drivers, looking for a quick pick-me-up and other motorists were the target market and selling booths conveniently lined all feeder roads leading to major highways.

That scenario has given way to a glamorous strategy of marketing. Now selling booths or cubicles (once only served by old women) are manned by young pretty and sexy “Binlan” girls clad scantily only in bikinis, even in the cold winter environment. Old women who used to ply the trade are no longer on the scene. “Binlan” is a Mandarin word for betel. Glass booths make their presence everywhere, recognizable at night by strips of green florescence light. Evidently, sex sells. Motorists are attracted to buy not only betel nuts, but also cigarettes and soft drinks as plied by such “Binlan” girls in provocative outfits.

Their popularity has given rise to much controversy and public outcry has from time to time forced upon political pressure over its control and management. It’s believed that many a “Binlang” girl is a runaway kid of poverty or sex-abused background or may even be drug addicted and the operation controlled by Chinese mafia. There are an estimated 60,000 kiosks employing thousands of girls who are reputed to earn more than $1,000 per month.

Whatever the position, as in sex prostitution, for which Taiwan is nonetheless as well-known as Thailand, “Binlan” girls will continue to play their serving role. To them this is just a normal job & in no way feel themselves to be exploited.

In retrospect, on my first visit to Taipei in 1972, I was awed by the visual publicity of large signboards displaying VD Clinics or Hospitals. The signboards may visibly have disappeared, but the urban seedy side of life is as vibrant as ever.

Now how about this, figurines of “Binlan” girls as replacements to do the trade? Unbelievable that man has all the ingenuity to come out with such a contraption! But will customers be satisfied? Nothing like the real thing? 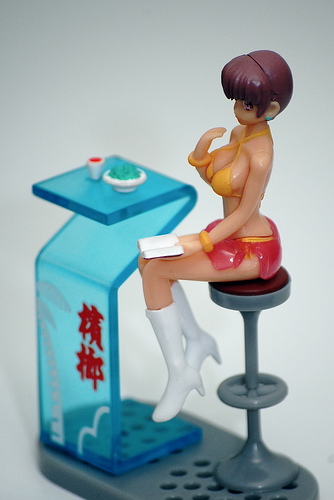