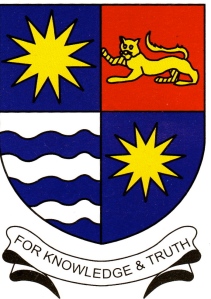 Way back in 1958 when I was teaching temporary at the Government English School in Bagan Serai, the name “Kirkby” evoked a magical sense of emotion, excitement and adventure. We had two Kirkby trained teachers in our midst then, Pany and Sidek, who used to awe us with their wonderful experiences. Never in my widest dream did I really plan to be some 8,000 miles away from Malaysia. But once I was selected I just couldn’t resist the temptation of seeing UK and Europe.

Together with the scholarship was R$600 for our preparation, essentially for buying winter clothing. We were departing by the former BOAC in their Folker twin-propeller plane with stops in Calcutta, Beirut and Rome before our final destination in London.

It was winter when we landed, freezingly cold and howling winds; certainly a vast contrast from our perpetually hot and humid climate. People walked so fast with such great strides as though running. We soon learnt to do likewise lest we froze by the winter winds.

Unfamiliar with the environment, we were drilled and ragged by our seniors who took pleasure to orientate us; to “kowtow” in acknowledging them as “ Yes Honourable Sir.” No question asked. Every bit of fagging to be executed like in “Tom Brown’s Schooldays” – the tradition of young public schools.

We were young and fresh, only approaching the second decade of life. The whole world was ahead of us, but timid and virtually very inexperienced as compared to these seniors who were a year ahead of us in College. Need I say, we were easy meat.

However, once we settled in, having learnt the lessons of knowing “how to bomb Tokyo” (toilet training), the task of bed-making, the etiquette of dinning, queuing for buses and all things unfamiliar, college life soon unfolded its pleasurable aspects.

Most interestingly were the educational tours as organized by the College or British Council. They took the form of short coach trips to nearby places of interests: Stratford-On-Avon for Shakespeare’s plays, and Drury Lane Theatre in London for the stage play of “My Fair Lady”. The plays in London often last for years and years with no end in sight. Other places of interest would include visits to nearby castles, quaint old towns or villages and zoos. One such visit was Chester across the Mersey Tunnel.

The greatest thrill & excitement were all the great adventures we had hitch hiking to the Lakes District, Scotland, Wales, Ireland and of course various parts of UK, from John O’Groats in the UK northernmost tip right down to Lands’ End at the southernmost point. Even greater by comparison were all the beautiful countries toured in Europe. Two Summers and two Easters saw us covering the length and breadth of Europe.

“One Day When We Were Young”, a favourite tune of mine in those days, will always be dear to anyone’s heart. Life was free and easy. Academically, we didn’t have to work very hard. Many would agree with me that we had two wonderful good years of joy and fellowship. If only we could turn back the clock, have the whole life journey replayed. With the cumulative years behind us fast superseding the years ahead of us, we must look forth to the future, trusting that it would be as good, if not better than the years gone by.

7 thoughts on “Kirkby – Down Memory Lane”