GM is not one of those fly-by-night corporations. It has always been an accepted slogan & mantra “As General Motors goes, so goes America.” May the words not ring completely true.

But yes, GM has fallen & filing for bankruptcy. 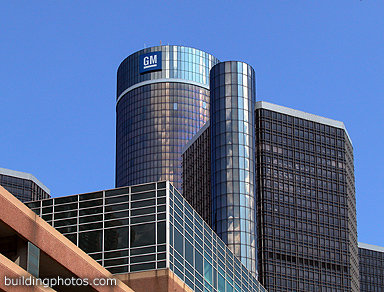 The inconceivable has happened. Over the satellite news by Bloomberg & Aljazeera yesterday, I sat refusing to believe that General Motors was filing for bankruptcy (Chapter 11) to emerge later as a leaner & more competitive automaker, an assurance given by Obama just four hours after the announcement.

This is the great American icon of innovation & success for nearly a century. The mighty corporation that survived two World Wars, The Great Depression, the Korean & Vietnam Wars, and every economic crisis & shock . . . has finally reeled under its insurmountable mountain of debts of some $173 billion. It had received $20 billion from US government & was expecting $30 billion more. 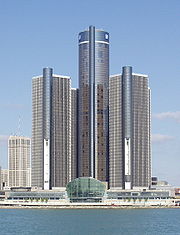 Another View of GM HQ

US Bankruptcy Laws are rather complex, but suffice to say that under Chapter 11, GM has provisions for reorganisation & rehabilitation. There will be closure of unprofitable lines of manufacturing, downsizing, laying off of workers . . . generating a consequential chain of reactions. The implosion of GM will be felt throughout the land.

It is much more than just the failure of GM, one of the most powerful engines of economic growth this century for the investors & every American family. For the dealers & suppliers the dream of a life-long guarantee of livelihood just unbelievably vanished. Hundreds of thousands of workers will be affected. It’s official that unemployment has reached 9.4%, but the worst layoffs are yet to be. This figure is grossly understated when you take into consideration of the millions who suddenly have to switch from full-time to part-time or part-part-time jobs, or worst still having to resign completely looking for work.

Debts killed GM, but will debts also kill the United States of America?

We have seen America has failed to rescue GM, AIG, Fannie and Freddie, the entire banking industry and many other companies. In the process, the US government has created & is creating its own mountain of debts at an enormous rate of $3.8 billion per day. GM’s sorrow pale in significance when compared to the grief of Washington.

With its staggering record spending, Washington is also failing to control the surge in interest rates. While continuing feverishly printing its “fiat” money to buy more than $700 billion in bonds so far this year, no thought is focused on creating jobs & economic productive activities. As more & more money, created out of nothing, sink beneath its economic sink hole, rising interest rates will only prove to be its kiss of death.

Just when GM’s longtime rival Chrysler was preparing to move out of bankruptcy having taken time off to reorganize itself under legal protection, GM’s bankruptcy will be the largest industrial bankruptcy in US history & overall the fourth-largest.

Right now, its two main financial saviours, China & Japan, are rethinking their own risks in furthering their purchase of US Treasuries. Japan is also in very poor shape to be of much help. China is already taking steps in the right economic direction. Ultimately, US will have to bear its own burden or like the Titanic sinking into the deep blue ocean. Already the government has committed billions in bailing out the banking & insurance sectors.

We as lay persons will stand by & watch the catastrophe unfold. Medically, every disease must run its course. There are no quick & easy fixes. Does America possess the strength & tenacity to come out of this mess? I pointed out the “domino effect” in my earlier article “US Extreme Game of Economic Dominoes”. GM has the domino potential & dragging America along.

How long can America go on spending like crazy & borrowing like mad? Or keep on feverishly printing their paper money? Only time will tell.