Would you have imagined that the simple pencil, long associated with art for hundreds of years, is now being used for sculpture instead?

Artist Dalton Ghetti, a Brazilian native now living in Bridgeport, CT, has been carving miniature sculptures into the graphite of pencils since he was a school boy in Brazil. He received his associate’s degree in architecture from Norwalk Community Technical College. Being used as a child in Brazil to sharpening his pencils with a razor blade, which led to him experiment with carving into the wood of the pencils and then with other materials such as chalk, soap, and tree bark. Eventually, he discovered the ease with which graphite could be carved into because of its smooth texture. He uses No. 2 pencils and stronger, flat carpenter pencils.

He does not require a magnifying glass for his handwork. All he needs are a razor blade, a sewing needle & very bright light.

Microscopic artist Dalton Ghetti spends up to two-and-a half years painstakingly crafting each handmade piece on the graphite of a pencil. Ghetti, who however works as a carpenter, has been working with pencils for about 25 years and his stunning sculptures include Elvis, the entire alphabet, linking chains and even an entire church which is just 10mm tall.

He also develops a technique of painting external walls with the illusion of 3-dimensional. 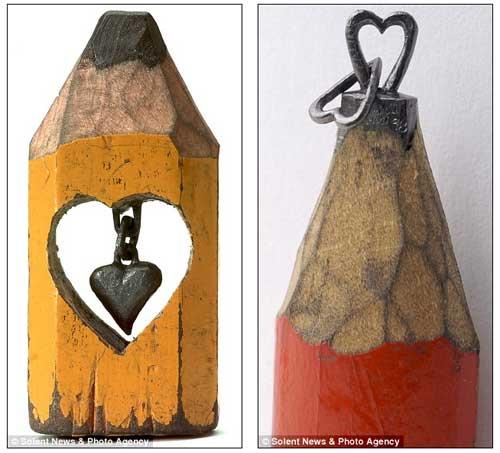 All the 26 letters of the alphabet painstakingly crafted 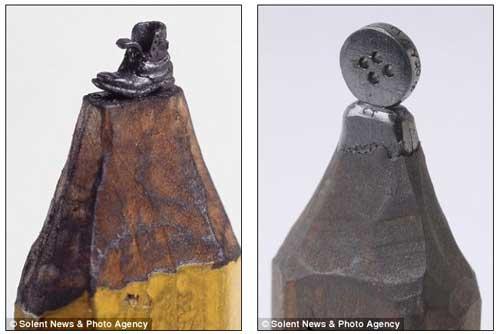 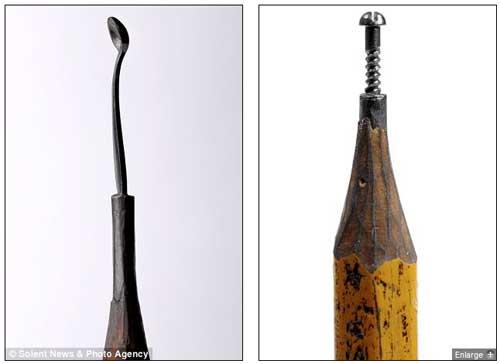 Carving with a Razor Blade