The name “Underground” in London can be quite misleading as some 55% of its system is above ground. Nonetheless, it was an awe inspiring experience for me when using it as a fresh young man coming from an under-developed country in 1959 & 1960.

In my recall, I still remember Madrid Metro, as a system situated right in the centre and has train doors opening at both sides to improve passenger flows. This was a real bonus considering its congestion particularly on bull fight days.

Hong Kong MTR (Mass Transport Railway) is perhaps the most busy of the systems I have seen. Its quick, frequent & efficient and for most times it’s packed to capacity with only standing room.

The world of rapid underground travel, named invariably as Underground, Metro, MTR or MRT, is most fascinating. Herein below is a pictorial presentation of the World’s Most Amazing Ten Subway Stations:

The Bund Sightseeing Tunnel in Shanghai, China. The 647-m long tunnel is a surrealistic fantastic public transportation system with its walls featuring hi-tech geometrical optics of various colors. (Below) 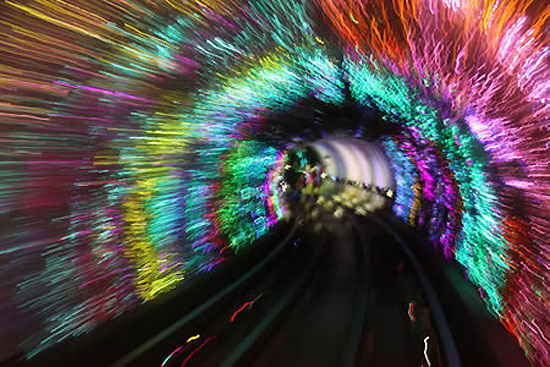 The Komsomolskaya Metro Station in Moscow, Russia. The metro station has become one of the landmarks in Moscow partly because it is located at the city’s busiest public transportation hub the Komsomolskaya Square. The station opened on Jan. 30, 1952 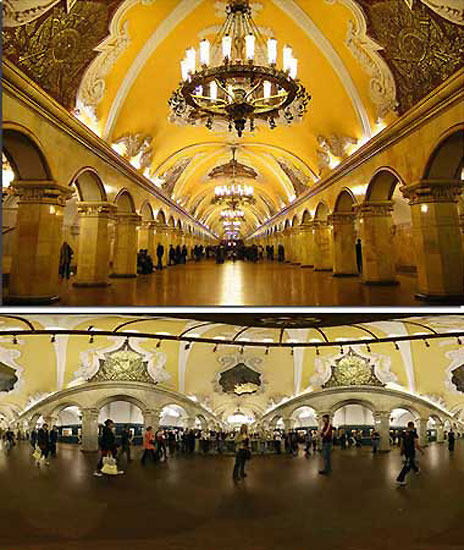