You’ve no doubt heard many a sermon preached or theories on the question of life & death. With due respect, many of them have undoubtedly left you confused & disillusioned. The crux of the matter is that death, like taxes, is a certainty in life. It’s not a question of IF, but WHEN. 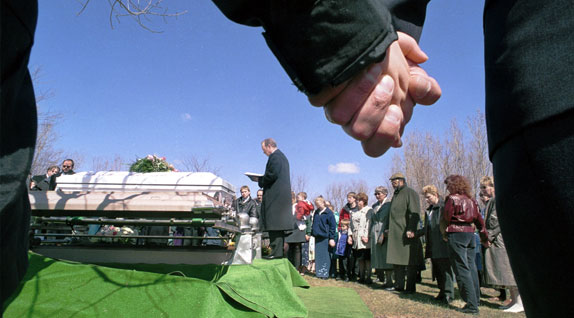 Sooner or later, we must all face death. Source: KRT

You are not about to hear from me theology or theories, philosophy or astrology, though I have, without sounding audacious, in my time preached many a sermon behind the pulpit. Nor would I want to bore you to sleep with lengthy talk. I would, if you permit me, relate to you a simple story to throw light on this much debated issue.

Our LORD Jesus Christ had but three years of public ministry. His preaching has withstood the test of time over the past two thousand years. It’s all on the basis of simple stories relating to everyday life or nature. This proves that “Simplicity sells, complexity repels.”

A sick man turned to his doctor as he was preparing to  leave the examination room and said, ‘ Doctor, I am afraid to die.  Tell me what lies on the other side.’   Very quietly, the doctor said, ‘I don’t know.’   ’You don’t know? You’re, a Christian man,  and don’t know what’s on the other side?’

The doctor was holding the handle of the door;  on the other side came a sound of scratching and whining,  and as he opened the door, a dog sprang into the room  and leaped on him with an eager show of gladness.

Turning to the patient, the doctor said,  ’Did you notice my dog?  He’s never been in this room before.  He didn’t know what was inside.  He knew nothing except that his master was here,  and when the door opened, he sprang in without fear.  I know little of what is on the other side of death,  But I do know one thing…

I know my Master is there and that is good enough.’ 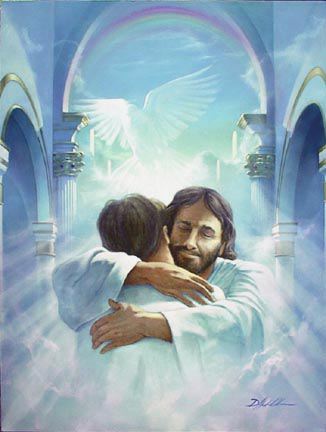 Whatever your misgivings, doubt & belief, may you put your faith & trust in God that he’ll be there waiting to receive you. “I know my Master is there & that is good enough.”

Whether you’re rich or poor,

Needless to say, to be well received

you need to be well prepared.

3 thoughts on “Afraid of Dying?”