By Paul Chong
A Chinese by Descent
An Australian by Consent

We get to be so engrossed in our daily lives that we tend to drift apart from our loved ones, especially when we live afar from each other. For weeks, months or years we may not have any contact, then family get together on account of an unexpected demise of someone dear. Sorrow & grief appear to draw people closer than happiness – that’s because your emotion is touched more by the loss. When a loved one passes away, it means also the passing away of a father, husband, grandfather, or brother. Grief covers friends as well. A period of mourning naturally follows. Have we ever considered contrarily to celebrate life . . . to focus on the positive side rather than all the negativeness of life?

In this digital age there is no reason whatsoever why persons cannot keep in touch with the ease of instant communication, by & large free of charge, such as Email,Skype , FaceTime, WhatsApp, SMS & the like. It is inconceivable that people should fight shy of such devices, unless he or she chooses not to. Also in a family circle, some members besides being inward looking, develop attitude of aloofness.

Family-togetherness is always such a pleasure. Over the years, family gets larger & larger . . . the young grow up & the elders grow grey & old. That togetherness can well be maintained these days, not necessarily physically but “electronically” as through such devices like WhatsApp with photo exchanges & conversation for all to participate in. Of course, every once a year or two, a family gathering is recommended over dinner with fun & recreation like karaoke. Be surprised to find lots of hidden talents among your own loved ones.

Weddings are special occasions to look forward to. Family holidaying together is also welcoming.

Let’s move on with the advance of time lest you’d be lagging behind. It’s never too late to learn new things. Who said you can’t teach new tricks to old dogs? This old dog (at the “tender” age of 76) just been taught lots of new tricks electronically by his young niece, who has a pharmaceutical graduate daughter who could soon get married to make her a young grandmother. Just can’t imagine that her daughter is the oldest of my son’s generation!
So “Oppo . . . Oppo” here we go. My youngest brother Mike was spontaneous in his response . . . “Oppo Oppo . . . your grandsons may think it’s Hippo”. By the way, “Oppo” is a new Chinese brand of smartphone with capabilities that matches iPhone or Samsung! It’s tremendously good value. My excitement caused me to purchase another one for my dear wife, when I was happily skyping her from Malaysia. Surely she was not going to be left out!

Let not smartphone outsmart you!

I have maintained a personal blog https://p21chong.wordpress.com (and http://paulchong.net ) for a few years now with some 600 articles of various interests to share with one & all and enjoying over 860,000 hits
globally, except China.

Hopefully & prayerfully, the million hits target will come soon with your help . . . sharing messages worth spreading.

In the 1970s when I was first exposed to Dr. Maslow’s Hierarchy of Human Needs through a dynamic pyramid marketing company, I was thoroughly amazed by the insight & power the theory wields in human motivation. This theory basically answers the question what makes a person do what he pursues or drive him to attain his goals. Ultimately what is it that matters most in life?

Since the dawn of mankind, human beings have always been striving for things he wanted or desired – never truly satisfied with the things he possessed. Yonder pastures are always greener . . . that’s where greed and covetousness set in. There’s no denying that men always crave for the pleasures of life, power & authority with no end in sight. Contentment is a difficult word to live by, especially in this current world of excessive materialism.

The everlasting question is what constitute human happiness? It’s such an abstract & complex concept that renders it difficult to measure. It’s the inner joy, the spontaneous flow of great feeling whatever the circumstances, that certain cheer & ready smile that never fail to lighten up the burden. It is gratifying to see a person with joy in his or her heart than to see one of misery.

Men & women all strive for that spark of happiness in life. Is there any secret to finding happiness? What avenues can people resort to in their elusive search? Does happiness come with the fulfilment of dreams?Generally, marriage & career are the two norms followed.

Interestingly, Dr. Maslow’s Hierarchy of Needs provides an insight into the various levels or hierarchy of needs that human strive for. The Hierarchy of Needs theory remains valid today for understanding human motivation, management training, and personal development. Many people find they can understand what Maslow says. They can recognize & relate the features to their own experience or behaviour which are true and identifiable.

Maslow has set up a hierarchy of five levels of basic needs. Beyond these needs, higher levels of needs exist. These include needs for understanding, aesthetic appreciation and purely spiritual needs. It’s to be noted that until the demand of the first level has been met or satisfied, the person would not feel the urge of going on to the second & so on.

As seen from the diagram, Maslow’s basic needs consist of:

In the pursuit of human endeavour, people usually get lost in the maze of knowing precisely what they want in life. Three basic questions to be answered: What is it in life that you really want? What is the price? Are you prepared to pay that price?

In the final analysis, helping others may be as primal as human pleasure like food or sex. It’s difficult for humans to be truly selfless, for generosity feels so good. Doing good always feel so good! To Maslow a “self-actualizing person.” is a fully functioning person, a healthy personality capable of giving, loving & helping others unconditionally & strictly without any personal agenda.

Is this what the philanthropists are trying to achieve or to compensate for their wayward ways?

An interpretation of Maslow’s hierarchy of needs,

represented as a pyramid with the more basic needs at the bottom. 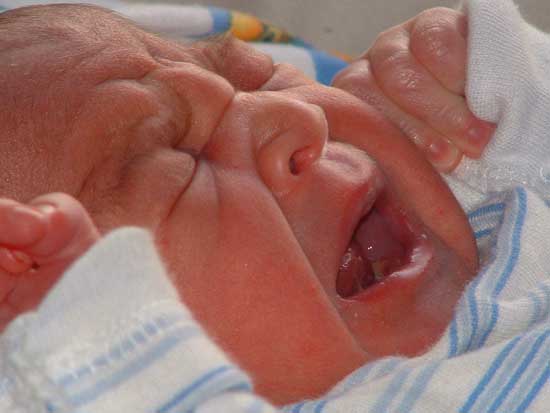 The day we were born

You and I didn’t sing a song

We did instead utter our first cry

Significantly as though we knew why

From the warmth and comfort in the womb

To the unknown trials and tribulations until the tomb.

As innocent infants we can only cry

To get the message across in our trial

Nothing comes by without crying in the act

From the child’s age till the school stage

We frequently cry especially in our rage.

Though women cry more in their ways

Men are not spared and equally swayed

Each sadness and sorrow deserve a good cry

Even with happiness we appear to cry

Crying affects everyone, sad or otherwise

Others cry for us when we die. 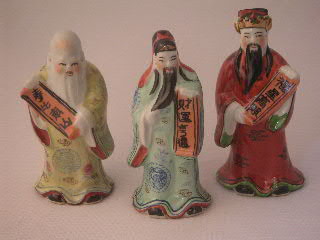 The 3 Figures of Wealth, Happiness & Longevity

Traditionally, the Chinese are very fond of “Prosperity” “Happiness” and “Longevity”. Often you’ll find the three representative figurines, which are highly revered, sitting on the alter of the Chinese homes, where worshipping of such is not unusual. Unfortunately, fortunes last not beyond three generations with most families. The energy for conservation & expansion appeared to be lacking and as we say “Easy come, easy go”.

Some families, however, are able to keep on going & achieving; and it’s only with the right mindset & management. It’s attitude that scales the altitude. Attitude is one little magic word that even surpasses aptitude. To ensure greatness to continue and even to further excel, prosperity, posterity & proprietary (the 3 Ps) must be perfectly understood & practised.

By & large, Chinese are known to be most assiduous in their economic pursuits. Like Napoleon, the word “impossible” does not crop out in the Chinese dictionary. The latest catch phrase is “Zhongguo Jia Yu” as rung through loud and clear during the Beijing Olympics 2008. Chinese spirit is indomitable. The journey to wealth & prosperity really just began with Deng Xiaoping’s own catch phrase of “Xian Qian Zou“.

When Deng Xiaoping, the architect of modern China, first conceived of his famous visionary saying, “Xiang Qian Zou” (Forward Move/The Road To Riches), China has been in a frenzy. This frenzy is now not just a fantasy but a reality for all the world to see! In just over 30 years, the whole economic landscape including both social & cultural aspects have been totally transformed. China today is not recognizable! It has the tallest, biggest, speediest & most fantastic of any man-made structures on the face of the earth!

For the average man in the street, the pedalled two-wheeler is a thing of the past. With a teeming population of 1.3 billion, you simply can’t find any other city in the world with more motor vehicles.

Prosperity is everywhere. Frenzy grips the air. With money flow, consumerism grows. Having been deprived for so long, the people now want to purchase just about every conceivable product available, both qualitatively and quantitatively. Business flows and economy grows.

In the light of the above, where does posterity shine? Not by way of large families as it used to be but restrictively because of the enforced one-child policy of the Chinese government. While the policy has its merits in controlling population growth & size, it is creating social problems unknown before. Traditional values are breaking down, customs & cultural practices are slowly but surely being diminished by modern way of life. With the bamboo curtain down, the inflow & influence of external western style take a footing & grow. The single princely brat of the family might not ensure family progression beyond its present boundary let alone three generations from now. Historically, we have witnessed family fortunes wasted away through squandering, gambling, family in-fighting, ill financial management & other means. The question is will posterity follow as a result of prosperity? Is it going to be just eat drink & be merry for tomorrow may never be?

Progress does bring about changes. Basically, to grow to progress is to change . . . and it’s changing for the better that counts. All sentimentality must give way to progress and all inhibitions removed. A country that changes through mental revolution will progressively be able to cope & keep pace with the rate of growth. Peace & harmony must be ever present to ensure growth & progress to go on. President Hu Jintao is gearing along the right path with emphasis on harmonious living. His visionary concept of “One World One Dream” is a vision for the world at large.

In terms of proprietary, China is in step and is along the right track to greater height of growth & prosperity. It’s hard to envisage what the future holds. Where will it go and where will it end? The world at large is watching, and watching very closely. The real wealth of any country lies not in its natural resources – but its people. It’s the people who work, work both hard & smart, to create & sustain the proprietary within, then spreading it out to reach & share with others who care.