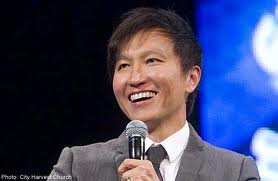 The American faith in God has been eroded & destroyed, until their tens of thousands of churches with different “branches and denominations” are for the most part little more than Sunday circuses and their televangelists and top protestant mega preachers were more than happy to sell out their souls and flocks to be on the “winning” side of politics & the devil. Their flocks may complain, but when explained on the “winning” outcome, religion is no longer “politically correct”. Religion is now out of schools, public places and out of Congress.

Yet ironically, on the back of the American dollar notes, it clearly says:

In God We Trust.

In God we trust but what of men?

The past & present day religious landscape could be described as such above with the like appearance of snake oil salesmen, carpetbaggers all making the scene for the great killing. This is not only happening in America, but we are not spared either.

Televangelists like Jim & Tammy Bakker (conviction of bilking followers out of millions of dollars in1986 & 1991), Jimmy Swaggart (sex scandal) & now Benny Hinn (2012) – have fallen all intoxicated by money & power. They may have started out doing honourable work of saving souls, however, “the spirit is willing but the flesh is weak.”

The ones named above are familiar by their frequent appearances on Australian Sunday TV Channels.

In God we Trust

Do we give the same due respect for human?

Mass perception, captive audiences . . . being gullible . . . Christian followers are like sheep to be led to be slaughtered.

Here’s A CBC documentary on Benny Hinn  released in YouTube on May 31, 2012 by ‪cpmcd2000: http://youtu.be/ZlNTALOChRc.

Who can be like John Wesley, a great evangelist of the 18th Century, Christ personified – a humble person well worthy to qualify to be in the service of God : 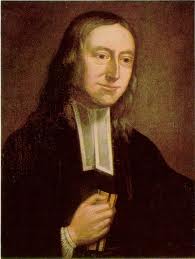 Born in 1703 was one of the great evangelists of the 18th Century.

In his long life, Wesley’s annual income advanced to as high as 1,400 pounds . But he rarely let his expenses rise above 30 pounds. He said that he seldom had more than 100 pounds in his possession at any one time. This so baffled the English Tax Commissioners that they investigated him in 1776, insisting that for a man of his income he must have silver dishes that he was not paying excise tax on. He wrote them, “I have two silver spoons at London and two at Bristol. This is all the plate I have at present, and I shall not buy any more while so many round me want bread.”

When he died in 1791 at the age of 87 the only money mentioned in his will was the coins to be found in his pockets and dresser. Most of the 30,000 pounds he had earned in his life had been given away. He wrote, “I cannot help leaving my books behind me whenever God calls me hence; but in every other respect, my own hands will be my executors. In other words, I will put a control on my spending myself, and I will go beyond the tithe for the sake of Christ and his kingdom.”

Such was John Wesley – a man of “poverty”, humility, downright honest & sincere to be a shining example for the likes of Benny Hinn, Tan Sri Dr Sr Pastor Prince Guneratnam, Dr David Yonggi Cho and last but not least our Singapore neighbour Pastor Kong Hee.

In God’s service, be established & accomplished

To thy own self be diminished