VIDEO: Car of the future?

And it’s a street-legal plane!!

According to News.com.au, drivers hoping to slip the surly – and traffic congested – have moved a step closer to realising their dream, as a US firm said it had successfully tested a street-legal plane.

Massachusetts-based firm Terrafugia said their production prototype “Transition” car-plane had completed an eight-minute test flight, clearing the way for it to hit the market within a year.

“With this flight, the team demonstrated an ability to accomplish what had been called an impossible dream,” said founder Carl Dietrich.

Terrafugia’s prototype of its Transition flying car leaves a garage in Massachusetts. The street-legal airplane carried out a successful first flight in March. Image courtesy of Terrafugia

US company Terrafugia has variously labeled its Transition model as a “roadable aircraft” and a “street-legal airplane”, perhaps in a quest to avoid the inherent fantastical connotations of “flying car.” Particularly when they are trying to make customers shell out $279,000 for each one. With its foldable wings, it can fit snugly in any road lane, and if given enough space for take-off it can fly two passengers at a cruising speed of 170 km/h, RT wrote. (Source: AP)

The New York International Auto Show will be kicking off tomorrow in the Big Apple. And the much talked-about flying car, the Transition, pioneered by US company Terrafugia, will be making a guest appearance at the show, alongside a vast slew of other vehicle innovations.

We’ve been hearing a lot about flying cars this week. For a start, Dutch company PAL-V announced on Monday that its two-seat hybrid car and gyroplane, the PAL-V One, had been on a maiden flight.   The three-wheeled half-plane half-car apparently has a patented ’tilting system’ so people will be able to drive the vehicle to their nearest airfield in the future and take to the skies. The company said the car/craft would have a flight-certified aircraft engine that runs on gas and would be able to reach speeds of 180km/h on both land and when flying. PAL-V is now on the lookout for investors to take the concept vehicle to the commercial arena. 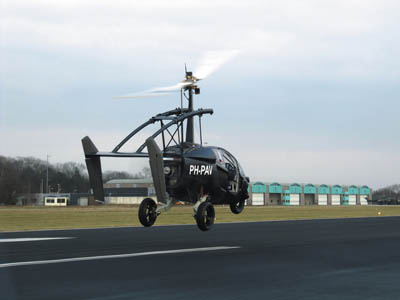 PAL-V One two-seat hybrid car and gyroplane takes off. Image courtesy of Pal-v.com

Then we heard about Terrafugia, a company based in Woburn, Massachusetts, in the US that has been working away on another flying car prototype called the Transition. Pilots and engineers from MIT founded Terrafugia. The company said a prototype of the street-legal airplane had carried out a successful first flight at Plattsburgh International Airport in New York on 23 March. 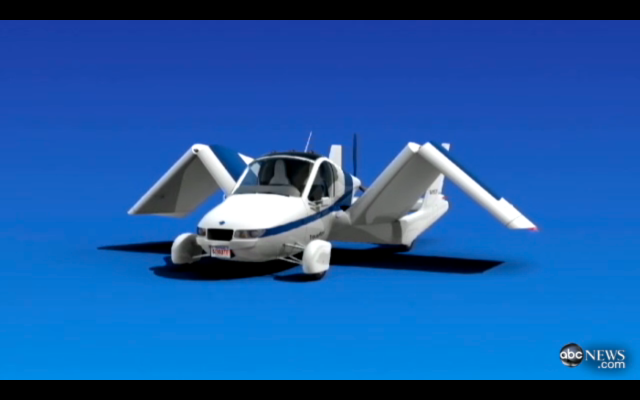 The Transition is a two-seat personal aircraft that, if produced, will apparently be capable of driving on roads and motorways. Plus you’ll be able to park it in a car garage. It will fly using unleaded automotive fuel, the company said.

So, if you’re lucky enough to be in and around New York City’s Jacob Javits Convention Center over the next week or so, you’ll be able to check out the Transition for yourself.