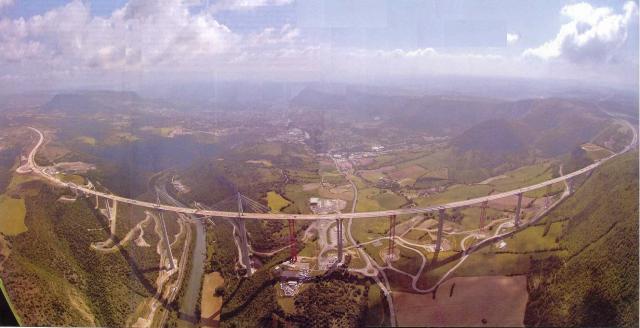 I’ve just got to share this as a “cyberspace traveller” & wish to have the opportunity to travel over this fantastic stretch of vehicular-bridge in the not too distant future, though I have been to Paris & Barcelona before. Read the description & see the pictures & you’ll understand why. 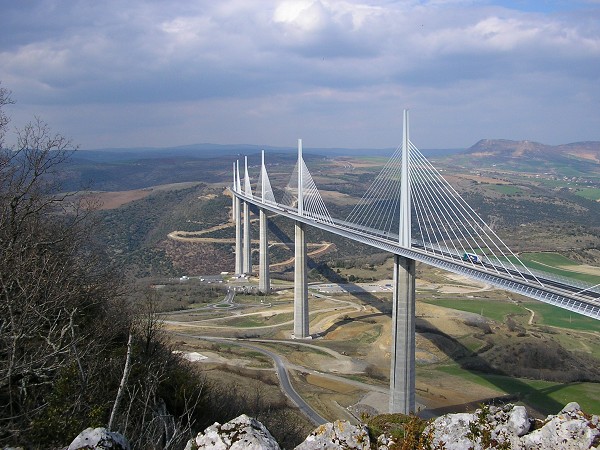 This is an enormous cable-stayed road-bridge that spans the valley of the River Tarn near Millau in southern France.

There’s something just not right about driving above the clouds . . . no doubt a little nervous too!

The Millau Viaduct is part of the new E11 Expressway connecting Paris and Barcelona and features the highest bridge piers ever constructed. The tallest is 240 metres (787 feet) high and the overall height is an impressive 336 metres (1102 feet), making this the highest vehicular bridge in the world . . . taller than Eiffel Tower & only 37m (121ft) shorter than the Empire State Building.

Interestingly, the Millau Viaduct is not straight as can be seen from above picture. Why?

It’s because a straight road could induce a floating sensation as you drive across it. So, a slight curve remedies that feeling. The curve is 20km in range.

Moreover, the road has a light incline of 3% to improve the visibility and reassure the driver.

Construction cost was around €400 million. It was formally dedicated on 14 December 2004, inaugurated the day after and opened to traffic two days later. 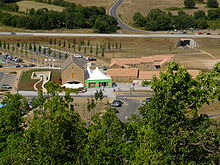