Life is one great rich & exciting experience, an adventure, a journey or play. It’s wonderfully exhilarating with its ever changing scene.

We must extend ourselves in life, be engaging, for life gives us

back far more than what we put in. Like operating a computer,

results will depend upon the data you put it. No input . . . no output.

Our individual success would mean the ultimate of the whole.

“So what is life, if full of care . . . we have no time to stand & stare”. You probably remember this little poetic line from your school days. Life’s kaleidoscope has a constantly changing pattern or sequence of objects or elements . . . a kaleidoscope of colours. I remember making one of those toys for our school annual art exhibition.

Time is even stronger than kings who are constantly fighting each other. The passage of time uncovers lies and lets people see the truth.

Everybody study Geography in school (Malaysia) where we learn about the earthly physical & climatic aspects mainly. But when you step into the university, the field of geography is vastly expanded to encompass not only geomorphology, but also geology, anthropology, historical & political geography, human & economic geography, meteorology . . . its terminology lengthening & becoming more numerous.

The field of human endeavour never fail to amaze as shown by this video where the performance of each individual contributes successfully to the building of the “dynamic aerial human pyramid” in the spirit of teamwork. Likewise, “Chinese Dream” calls for the success of the sum total of each & every individual’s performance.

This is then the magnificent aspect of life’s kaleidoscope.

Gross individualism or self-centredness must not supercede collectivity.

Ultimately, everyone of us make our exit in life.

Strike it with fire & zeal while we still have it. 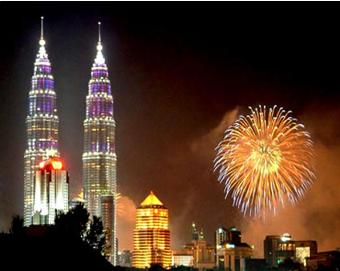 Malaysia has been promoted in the spirit of tourism

It’s only superficially true, for sadly beneath it all there’s much

& exploitation amongst the population.

a Malay race, as would be defined anthropologically. Ironically, it’s

Today 31 August Malaysia celebrates its 52nd. independence from the British colonial rule. To me, 31 August 1957 was particularly significant & auspicious, for I was there in the thick of it celebrating the first Merdeka. Being the last batch of the Queen’s Scouts from St. George’s Institution, Taiping, I was chosen to march in the Merdeka Parade in Kuala Lumpur. For a young lad this was a thrill beyond all imagination. I was, without doubt, extremely proud to be a Malaysian.

That kind of pride was even evident when we were all training to be teachers on Malaysian government scholarship in Kirkby College, Liverpool, England. We were a closely knit community of some 300 students in a foreign land studying & living in peace & harmony. It was a beautiful blend of racial mix – “truly Asia” as the present Minister for Tourism would advertise as such.

Just when you think Malaysia was such a paradise with durian & rambutan, “cha kwei teow” & “laksa” or “mee rebus”, “nasi lemak” & chicken rice, celebrating together Hari Raya, Chinese New Year & Deepavali, there exploded the racial riot of 13 May 1969 – all because of politics. Sadly, the days ahead have never been the same – no longer gay. Ever since, even with modernisation of highways & freeways, it’s downhill all the way!

All roads lead to a deteriorating state of social, economic & political quagmire. The way things are there’s nothing to be admired. Nothing to fulfil one’s hope, dream & aspiration nor would it thrill your heart’s desire.

Without looking afar, Malaysia pales in significance by far in comparison even just across the causeway. Singapore, an island state, deemed to fail upon its separation from Malaysia & without any natural resources like Malaysia, is laughingly way ahead in all spheres of development.

Politics is a dirty game.

It only enriches the class playing the same.

The population at large hardly have much to gain.

All Malaysians without exception must realise this. They need to rise and stand up to be counted. Prosperity must be equitably spread for posterity in perpetuity.

In closing, may I urge you to read my previous post on “Tun Dr Mahathir Mohamad” to get a better & further insight that plagued the nation of Malaysia.