Biblically, giants did exist upon the earth, as evidensed by the well known story of David & Golliath. Refer also Genesis 6:4 (NIV) & Numbers 13:32-33.

They were mostly great fighters & heroes in the days of old.

Nearer this DNA age, they have such clubs like 7- Ft Club for such giants to gather together in London
Sultan Kösen: Tallest living man, born in Turkey on 10 December 1982, became in 2009 the first man over 8 ft to be measured by Guinness World Records for more than 20 years.

What’s it like living the “high life” with the general public looking up to you, admiring you out of curiosity, asking you endless searching questions, wearing shoes size 19 or so, seeing you whopping down enormous amount of food daily & consuming 8,000 calories or more.

. Only three in every million people fit into the exclusive group, and do so by breaking the seven foot barrier, with everything that comes with it. The larger than life characters are stared-at whenever they leave the home, and walking with a trail of spectators.

Asia has a fair share of super human beings. We are probably more familiar with China’s retired 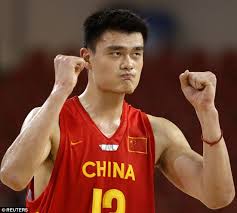 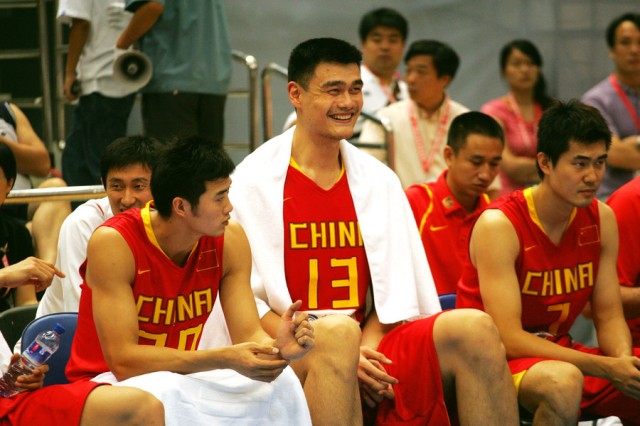 Yao Ming (姚明); born September 12, 1980) is a Chinese retired professional basketball player who played for the Shanghai Sharks of the Chinese Basketball Association (CBA) and the Houston Rockets of the National Basketball Association (NBA). At 2.29 m (7 ft 6 in) tall, he is the only player from outside of the United States to lead the NBA in All-Star votes. Retired & married,

Yao, one of China’s best known athletes, now devotes time to promoting basketball in China. In April 2016, Yao was elected into the Naismith Memorial Basketball Hall of Fame, alongside Shaquille O’Neal and Allen Iverson.[5]
In February 2017, Yao was unanimously elected as chairman of Chinese Basketball Association.

Video 1: https://youtu.be/NcuRuM9R16k
Xishun Bao on his Mongolian wedding day. Wife only 5’ 6” & also half his age