If greed is your creed, you’d soon lose sight of what you really need. Adam & Eve come to mind in the manifestation of need & greed. They were both happy living in the earthly paradise of the Garden of Eden with God’s provisions of all that they needed. However, Eve wanted more & was attempted to eat the forbidden fruit, leading her to persuade Adam committing the same sin of disobedience. They were then driven out of the Garden of Eden to suffer & struggle fending for themselves. I used to postulate with such question as “If Eve had no greed, then what . . .?”

“Need” is basic & fundamental to human existence . . . food, shelter & safety. With “want” there can be no end. This is where you are set upon by “want” on the “greedy” road to uncontrollable limits.

“Want” always start off small . . . a bigger house, a better car, simple family picnic to exotic holiday cruise. The yardstick for happiness & contentment is unknown. What makes a person to lead a happy contented life? This can vary from one individual to another.

Often wealth is mistaken to mean contentment & happiness. But to what extent or limit. In sales, we like to say “Sky’s the Limit”! Yes, we have gone to the moon & soon the outer space . . . beyond which is unknown.
The religious would say, “What does benefit a man if he gains the whole world & suffers the loss of his own soul?” Perhaps I have been too well indoctrinated in the Catholic institution to forget such teaching . . . but i reckon you’d agree with me. In striving for the altitude, fraud befriends, attitude changes, pride & arrogance rule, love is forsaken, health is neglected. You’ve no doubt heard of such expressions as “Pride comes before a fall” . . . “Money can’t buy you love or happiness”. Ultimately, would wealth buy you health. You’d spend 40 years of your economic life in the pursuit of wealth, but you can’t spend your wealth to buy back health. That often is the ironic twist of fate.

The American like to say that only two things in life are certain – income tax & death. Sometimes, the saddest thing is untimely demise. We have no control whatsoever over the question of life & death. Excuse me if I begin to sound morbid; but truth is truth & there can be no gainsaying. This is after all a “crying” life, from the cradle to the grave.

In the BIG PICTURE, do not in haste rub yourself out of it through ill health. Rather set your heart free of GREED. Let BENEVOLENCE reign instead.

The world would be a better place to live if GREED arises not. Many a great war had been fought or would be fought essentially out of greed for power. 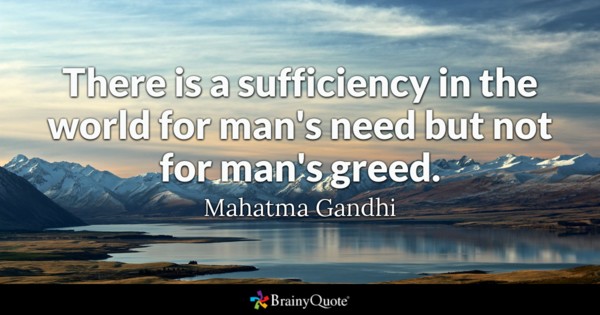 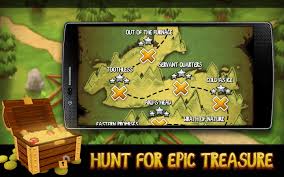 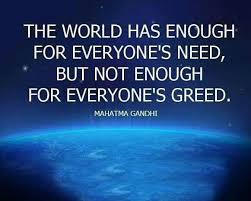 Further thoughts upon closing: “The greatest folly is to think that one is blessed with ample financial resources. Money is the root of all evils. Fraud is undoubtedly the daughter of greed”. The list goes on & on.