From the natural to the supernatural, from reality to fantasy, from the possible to the impossible, man’s ingenuity & capacity never fail to astound you. In this DNA era, many of the greatest, largest, tallest structures have come about to fulfil the “impossible dream”!

Who said “you can’t build castles in the air”? Like what Dr Napoleon Hill, the author of “Think & Grow Rich” fame, would say:

“Whatever the mind of man can conceive & believe, it can achieve.”

Nowadays, it’s all a question of money! 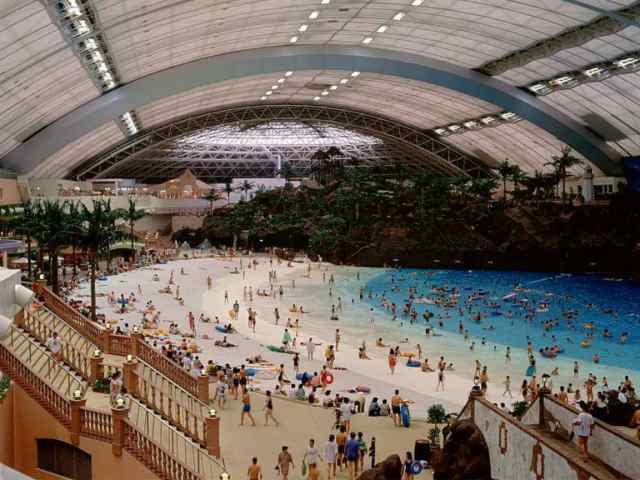 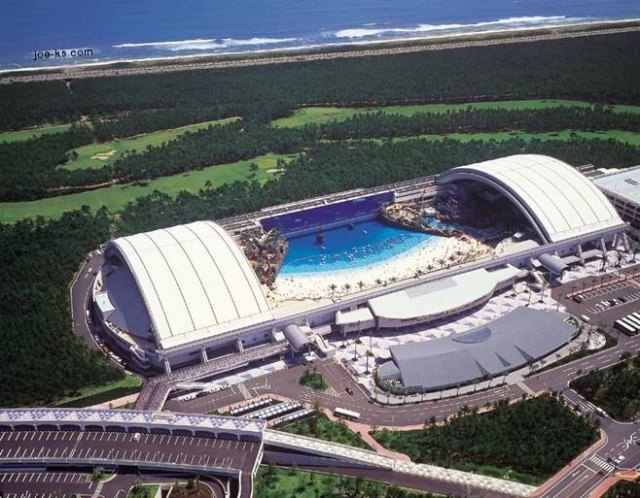 The name Seagaia is a combination of the words “sea” and “gaia”, which means earth. The Ocean Dome is listed on the Guinness World Records as biggest world indoor water park. It opened in 1993 in Miyazaki, Japan. Closed in 2007, it is now totally renovated as home to enormous indoor water park with white sandy beach, palm trees, water slides and a wave machine capable of surf-levels. 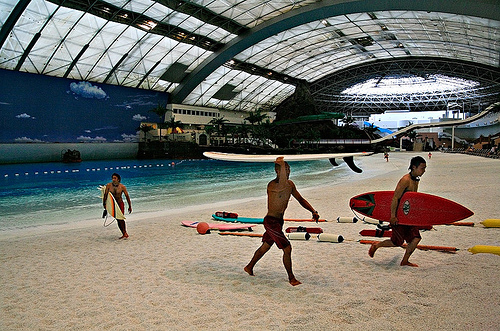 The new beach is huge approximately as many 6 football fields that allows everybody to lie on “own beach”. The temperature is like the Copacabana – about 30 C to the air and about 28 C to the water.

The central point of this artificial beach is the retractable roof, which will be opened on sunny days, on less sunny days it is closed. However the clear ceiling provides you with a perfect blue sky.

The Ocean Dome is only one part of the Sheraton Seagaia Resort, which offers several of hotels, World Convention Center for 5,000 participants, restaurants, tennis courts, shops, golf, board rental, zoo, and many other activities.