Macau has long been synonymous with the gambling mogul Stanley Ho. Since its return to motherland China on 21 Dec 1999 . . . officially ending 442 years of Portuguese rule, Macau’s economic & social landscape has been changing.

Today you can already imagine Macau as a Las Vegas-style gaming, entertainment and MICE destination. Macau is undergoing massive development in terms of new entertainment complexes and casinos. Total current investment in these facilities is over $25 billion USD. The Venetian complex on the Cotai Strip (reclaimed land joining Taipa & Coloane) is close to 1 million sqm in total development. 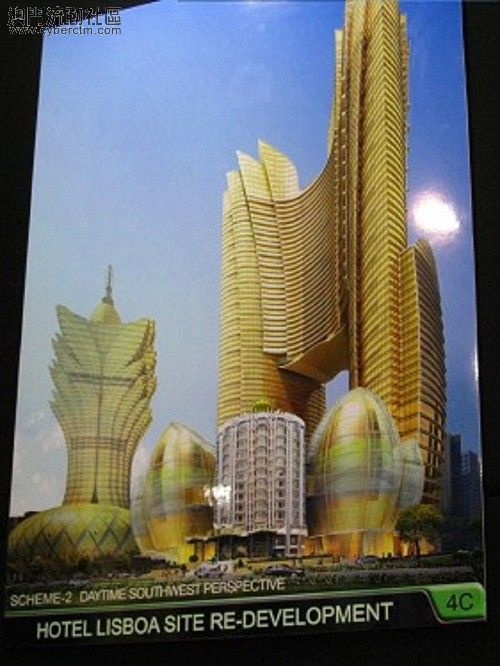 Here is a summary of the major developments:

Grand Lisboa Hotel – Opened in the first quarter of 2008

Galaxy Mega Resort – Opened in the first quarter of 2008

The City of Dreams – Opened in the second half of 2008

The Venetian Macao Resort-Hotel, the world’s biggest casino, which opened on August 28, 2009 is the first concrete manifestation of the Macau SAR government’s 360˚ remaking of Macau tourism. This is the most ambitious throw of the dice yet in a $24 billion effort to build a Las Vegas-style “neon alley” in this once-sleazy Chinese gambling enclave.

Gaming revenues in Macau overtook those of the iconic Las Vegas Strip in 2008, and if the Venetian succeeds, analysts say it will help double that annual income to $13.7 billion by 2010.

In 2006, Macau had 12,954 hotel rooms. By 2009, this is set to exceed 26,000 rooms. There is also a rash of new entertainment precincts in Macau, including Fisherman’s Wharf, Ponte 16, Macao Studio City and, of course, the Cotai Strip, where the Venetian Macao Integrated Resort is the first of many new hotels and resorts to open.

An upcoming 62,000 sqm Macau Science Centre will also boost meeting space as it will include an exhibition hall, a planetarium and a conference centre.

With more supply, attention is now focused on improving accessibility. 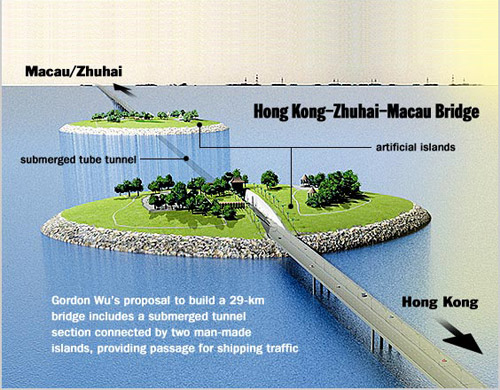 Pac On Ferry Terminal located on Taipa Island will relieve the overcrowded Macau Ferry Terminal. The Terminal is adjacent to Macau International Airport and is only five minutes from the Cotai Strip and 10 minutes from the downtown area via the bridges connecting Taipa to the Macau Peninsula. The government recently confirmed there will be further expansion and there would be an increase of the number of wharfs from the present eight to 16. It is scheduled to open in October with four berths and the facility fully operated by the end of 2009.

Also in the works is a Macau Light Rapid Transit. The first phase will see a 20 km route covering 12 stations on the Macau peninsula, and 11 stations on Taipa Island. The passenger capacity may reach 8,000 passengers per hour.

The Macau International Airport will also be expanded to cope with booming arrivals. Existing players such as the Macau Tower Convention and Entertainment Centre are positive. General manager, Mr Mark Horan, said: “The opening of the Venetian and its MICE facilities shift the tide for Macau as a new destination in the Pearl River Delta for MICE.

“Macau is transforming from a gaming and entertainment mecca to a destination that offers much more. It is similar to Las Vegas in many aspects. Las Vegas transformed into a convention city over time to cater to families with the addition of family style products, entertainment, retail and f & b.”

“The Venetian is just the beginning, and a stepping stone for enhancing the Macau product offering. The average guest stay will increase. The outlook is positive as it will entice a new mix of business tourism, which will benefit those who change with the times.”

22 hotels totalling 18,000 new rooms almost triple the city’s current room inventory from 12,000 to 30,000. One of the new hotels opened in 2007 has 3,000 rooms, that is over 90% of all the conventions that exist in the world today could come to Macau and be accommodated under that one roof. By the first quarter of 2008, two more 3,000-room hotels were added, making Macau unique and very convenient. Most of the hotels are situated within walking distance of one of the major new convention facilities.

Macau is a great restaurant city, specialising in Portuguese, Chinese and offering cuisines from around the world. It has outstanding shopping and nightlife, and is a great walking city, featuring a UNESCO World Listed Heritage District with 25 beautiful buildings and 7 gracious squares dating from its Portuguese colonial past which spanned 442 years. 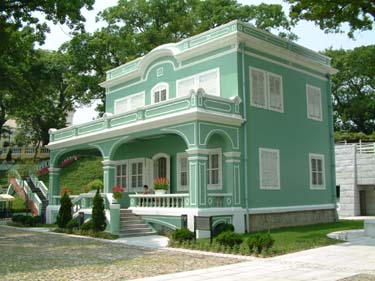 It’s indeed a far cry from the little Macau I know when we first visited it in 1997 just before the handover to China.