As it is Australia is one huge continent with great distances from north to south & east to west. It is a country, a continent and an island. It is located in Oceania between the Indian Ocean and the South Pacific Ocean.

The vast distances between places make it expensive to travel domestically. Most Australian find it more worthwhile to travel abroad to Bali, Thailand, Malaysia & Singapore. In 3 years, we will take a trip across all the borders from North to South.

But not for long now. Changes are in the horizon & within three years,high-speed train will be coming to Australia. In 3 years, we will take a trip across all the borders from North to South. Distance barriers will become a thing of the past.

Starting at Beijing thereafter, along the South Canton line, from Nanning into Indo-China, Malay Peninsula passing through Hanoi, Vientiane, Bangkok, Kuala Lumpur, Singapore and other important cities, thereafter through Malacca Strait tunnel into Indonesia’s Pulau Sumatera, the Indonesian Archipelago, passing through Jakarta, Bandung, and other Indonesian cities, through to Australia via The Northern Territories capital, Darwin, spanning a 550-kilometre trip cross-Sea bridge into Australia’s East Coast via Cairns, Brisbane, Sydney, Canberra to the train terminal at Melbourne.

Built by China Railway on a turnkey contract, with total length of project 13000 km, for the entire viaduct Railway, design of 2 sea-crossing tunnels, 5 bridges, at highest speed of 400 km per hour, and at a total investment of 460 billion U.S. dollar.

The Chinese-led Asian Infrastructure investment Bank will provide financial support to all countries along the way.

After completion of the project, the trip from Melbourne to Beijing via high-speed train is expected to be within 48 hours, with fare control within 1000 Australian dollars. Annual passenger throughput is expected to reach 200 million persons each year. For countries along the way it will bring direct economic benefits of more than 200 billion U.S. dollars.

The project expected to commence early 2018 and completed by end 2020.

Along the way, you can enjoy different customs and natural landscapes of Australia and Southeast Asia, and enjoy delicious food from all over the world. As the train passes through every country, the country’s attendants will provide services for the railway. 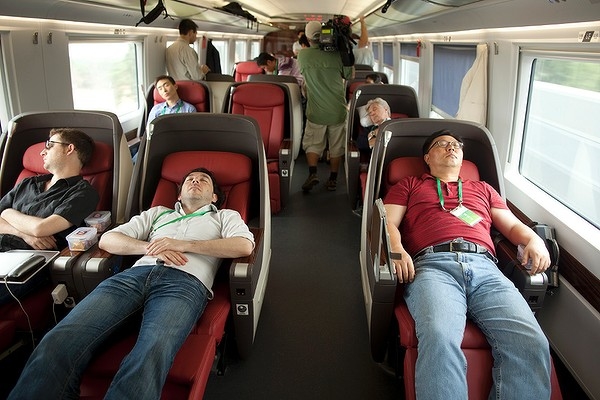 It’s a changing world we live in. Make sure you live healthily to usher in this new era of fast-speed transportation. Passengers can expect to travel in great comfort, apart from high speed, & if not more comfortable than the airlines & more affordable.

Isn’t it time for the Aussie Government  to consider upgrading the domestic rail infrastructure? Both the Indian Pacific Rail & the Ghan (the Great Southern Rail) are old & outdated. More popularity, convenience & speed would be afforded to serve this great continent of ours with the recommended High Speed Rail system from China. Think what will all this mean!