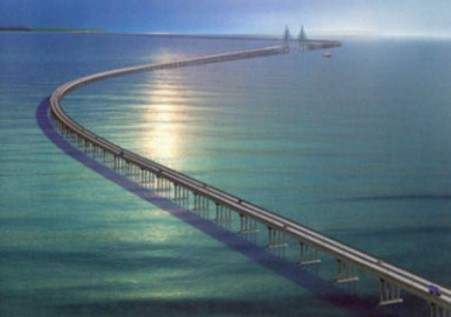 We are witnessing a changing world unprecedented in the history

of mankind. Everything is so extraordinary, booming & busting, transforming without any apparent transition the global, economical,

social & political landscape. China, for so long been humiliated & set in the backwaters, is now rearing its head & standing tall & strong. It’s striving for a peaceful & harmonious world both within its boundaries and without.

The world at large, particularly the US, has been watching closely this emerging Dragon ever since the handover of Hong Kong to China in 1997, Macau in 1999. With the aim of eventual unification of Taiwan, which historically has always been a Province of China, China has come of age in many fields of human endeavor. Its entry to the World Trade Organization in 2001, its staging of the Olympics in 2008, its double-digit economic growth and its quantum leap from a country with virtually no phone to mobile phone – all spell awe and wonder for the outside world. Whereas in the past it takes several generations before any change occurred; now a single generation can witness the most remarkable change and progress.

“To grow, to progress is to change” is the axiom of life and all inhibitions to change must be out of the way. Lee Kuan Yew, the architect of modern Singapore, demonstrated this principle very clearly. To him all sentiment must give way to progress. China has learnt its lessons of the past with its virtual “kow tow” to all the foreign power. A period of long humiliation is now opening to a spectacular era of jubilation.

China has always been a great country, not only by virtue of its geographical size and its teeming population of 1.3 billion, but significantly more so because of its rich culture and tradition and its unbroken ancient civilization. The Greeks, the Romans, the Egyptians and others have all come and gone, but China has persisted since time immemorial. China has always been self-reliant and contributed many inventions, which ironically, while benefiting the West, had led to its own downfall, over 150 years ago, when the West bombarded China with their superior weapons of gunpowder and armory, diplomatic superficiality and “opium”.

A country’s strength is built upon its natural resources. The greatest of which is the human resources. Chinese has always been known as the most assiduous people in the world in their pursuit of economic survival – this trait of character is now leading the way to economic achievement, technological advancement, and political surge on the world stage and excellence in any conceivable field of human endeavor. Today Chinese stand tall and proud with towering buildings in the cloud.

Now “Enter the Dragon . . .” and its past humiliation is over, though its vindication may be a long drawn process. All Chinese must stand tall and proud. The most important aspect of the Chinese Civilization is that it is based largely and purely on positively non-materialism. Its inwardness outlook had succumbed to the greater negative force of greed and covetousness. China was extremely proud and supreme and had no desire to want to trade with the West when the West persistently pursued its economic course and attempted to gain foothold on Chinese soil. Opium trade was the most devious means devised by the British, the world’s greatest drug peddler, to humiliate and caused China to part with Hong Kong and Territories. China lost Macau to the Portuguese by the same token.

Yan Xuetong, a foreign affairs specialist at Qinghua University in Beijing, argued in a scholarly journal the summer of 2006 that China had already surpassed Japan, Russia, Britain, France, Germany and India in measures of its economic, military and political power. That leaves it second only to the United States, he said.

Personally, I dare say the Chinese thinking and philosophy are very different from the West. The Chinese must be doing right to have persisted through the test of time without external influence or help. A materialistic form of civilization soon perishes, overcome by greed and insatiable wants. Perhaps, it’s timely to throw in a word of caution, lest the Chinese also succumb to the same folly.

When Deng Xiaoping, the architect of modern China, first conceived of his famous visionary saying, “Xiang Qian Zou” (Forward Move/The Road To Riches), China has been in a frenzy. This frenzy is now a fantasy for all the world to see! China’s 5,000-year-old tradition of diligence, thrift and simplicity, of silk and cotton clothing, of Chinese tea, art and music, of filial piety, respect and devotion remain intact, withstanding the test of time. Now a much more spectacular and unbelievable phase of human achievement is happening. The emergence of China in the technology and military dimension has to be measured alongside with its emergence as a global economic power.

Of the nations in the world today, China stands out progressively tall and strong. It is as though a sleeping dragon is finally awakened. This appears to be the fear of the West. Though an economically strong China is good commercially for all the trading nations in the West, politically China poses a great threat. It is feared that “once China stands up, it won’t topple or be toppled.” That was why precisely Napoleon in his wisdom decided to let China be and not to rouse her.

Nationally, globally, and internationally – “Quo Vadis”! Who wants to play “Monopoly” The fear of the West is the gear of the East.? Geographically, the sun always set in the West, but it rises in the East always.